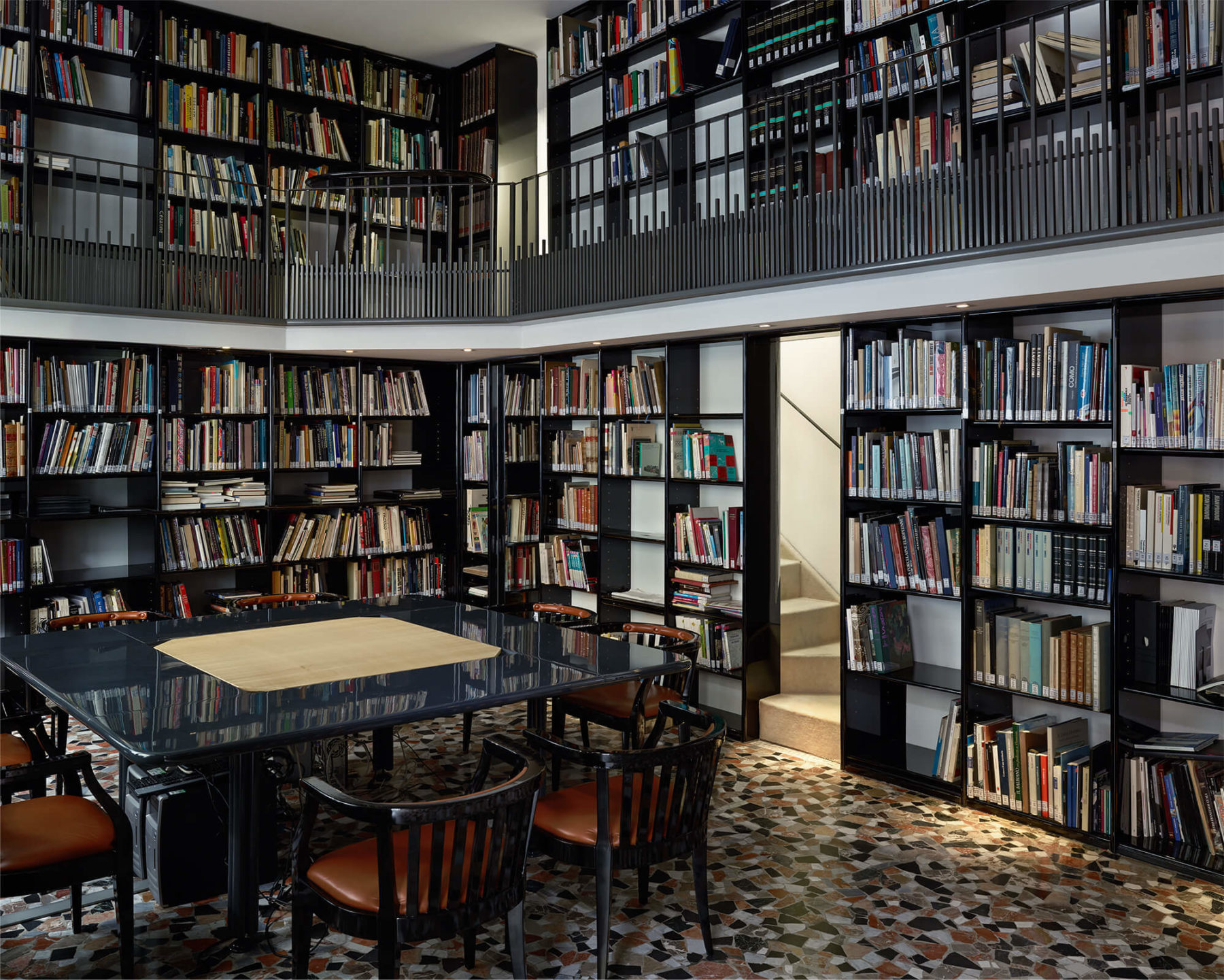 The FAR library was originally established to support the research activities of the Foundation. Today it is one of the largest Italian collections dedicated to textiles, costume and fashion. The catalogue is constantly expanding thanks to new acquisitions and donations and focuses on:

Because of its unique composition and specialization, as well as the increasing external requests of scholars, in 2010 it became part of the local public library system (Sistema Bibliotecario Intercomunale Como). The over 7800 volumes present have been catalogued following the Dewey decimal classification (CDD) with the contribution of the Lombardy Region.

The majority of titles are available for loan, however some volumes can only be viewed on site due to conservation restrictions. The FAR library and its services are free and accessible to the public.

The library holds a vast collection of fashion magazines with more than 8000 printed issues from about 100 Italian and foreign titles dating from 1864.

The Grazietta Butazzi fund is the personal library of the leading fashion scholar who established the field of fashion studies in Italy and published her research findings for five decades. Butazzi’s research cover a wide range of topics, from sixteenth century court dress to traditional costume, from eighteenth century magazines to the Italian fashion industry, with a focus on material culture and object analysis. Her study resources, from academic publications to exhibition catalogues and personal notes, are now kept at the FAR library thanks to the donation of the Butazzi family in 2014.

The Grazietta Butazzi fund consists of 1318 publications on fashion history, history of women’s and men’s accessories, history of textiles and history of women’s emancipation, 114 notebooks, folders of handwritten notes, slides and research documents related to her activity as a scholar.

The TGL fund gathers an important group of antique books dedicated to textiles, donated by Alberto Tagliabue, a textile entrepreneur and collector from Como, to ensure the preservation and accessibility of the oldest and rarest part of his book collection.

The TGL Fund became part of FAR through two donations (2010 and 2012), has a total of 496 volumes and includes 4 sixteenth century volumes, 2 volumes of the seventeenth century, about fifty publications of the eighteenth century and about forty nineteenth century volumes until 1830. Among the titles are treatises on silkworm breeding, dyeing and printing, weaving and fashion history, statutes of the guilds, accompanied by more than 250 cries and license letters related to textiles.

The books and documents of the antique collection are preserved in a special, climate-controlled room where readers can research them with the assistance of the library staff.

Djurberg/Berg: A Journey Through Mud and Confusion With Small Glimpses of Air

As part of the SBIC – Sistema Bibliotecario Intercomunale Como, loans from the FAR library follow the regulations of this system.

To request a loan, registration to SBIC is required.

Users can register at FAR with an identity document and tax code (Italian users only).

Users can request up to 5 loans from a single library and up to 15 loans across the whole network.

The duration of a loan is 30 days, excluding titles under special restrictions.

Loans are renewable within the deadline, provided that there are no pending loan requests by other users.

The catalogue of the FAR Library is accessible at the link here by selecting the Ratti Foundation Library (Biblioteca Fondazione Ratti).

It is possible to access the library every weekday, only by appointment.