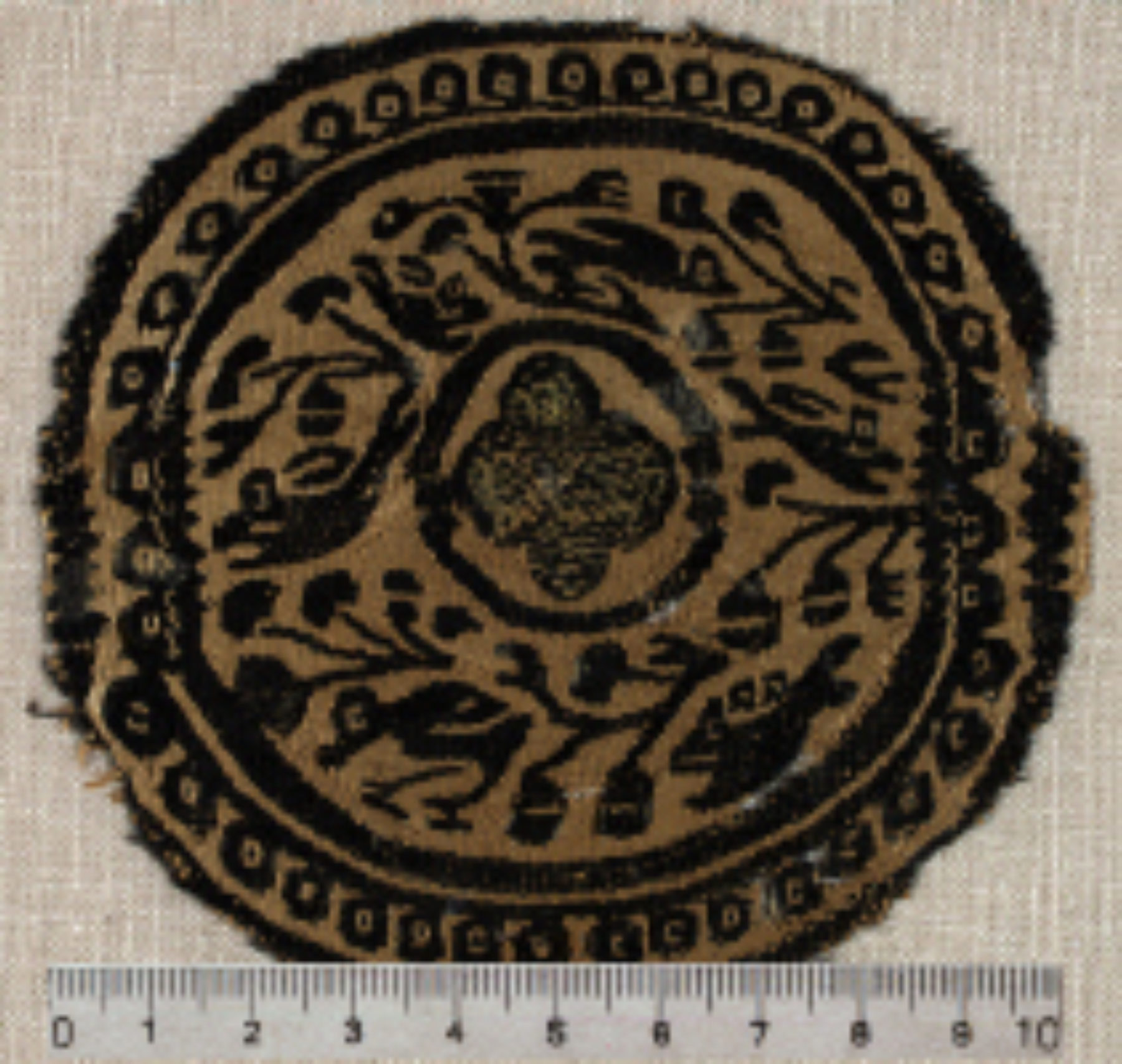 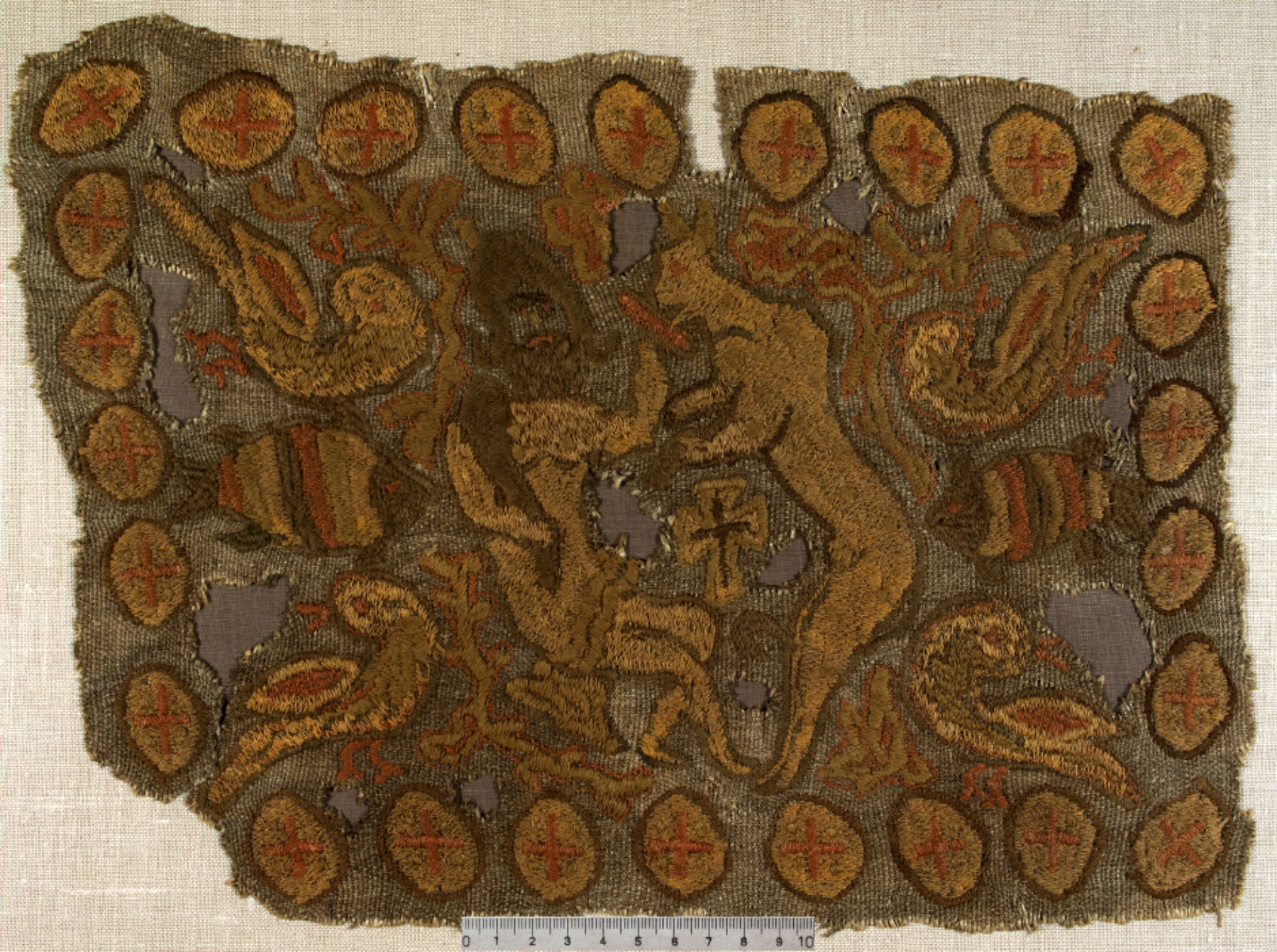 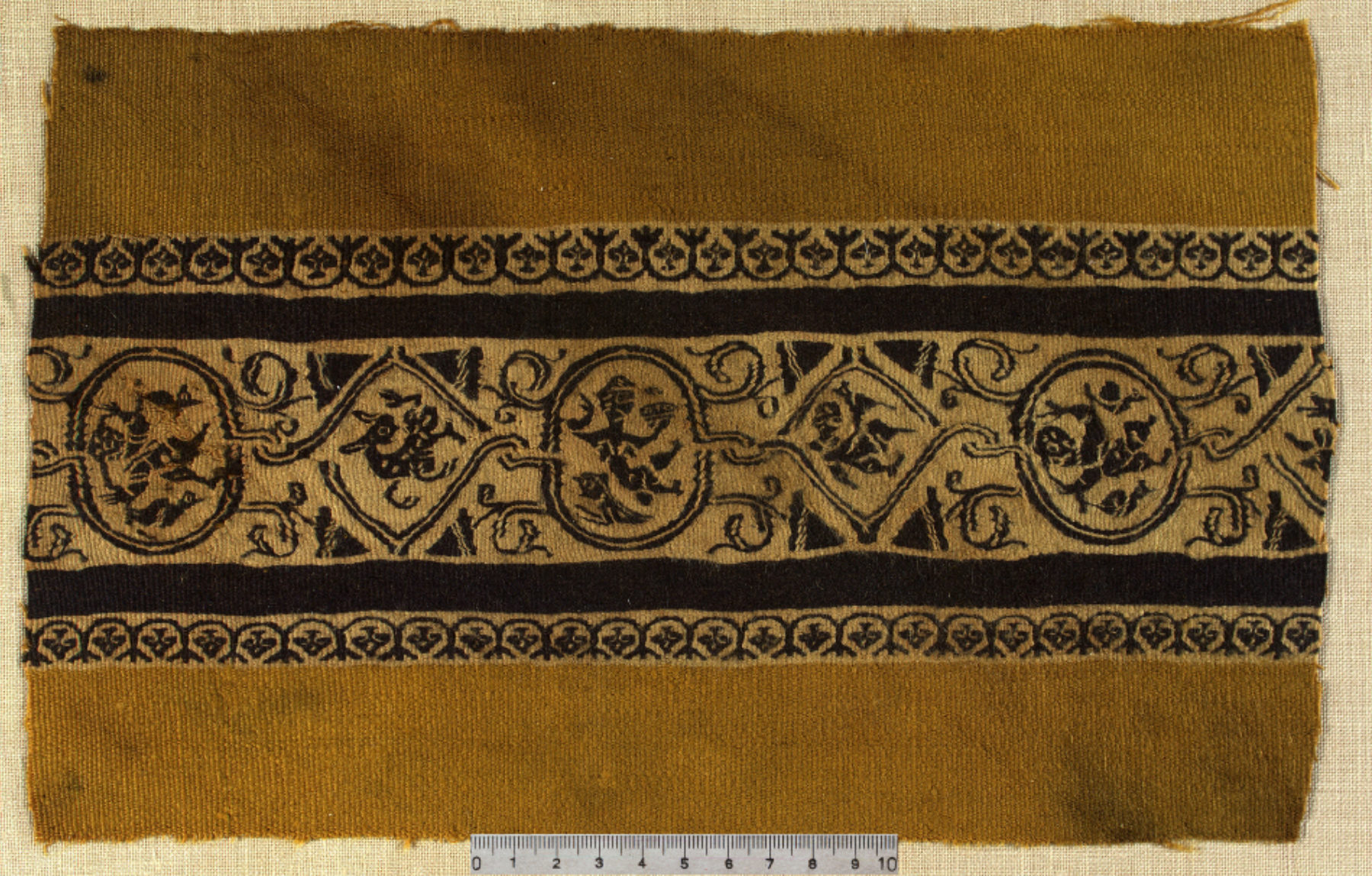 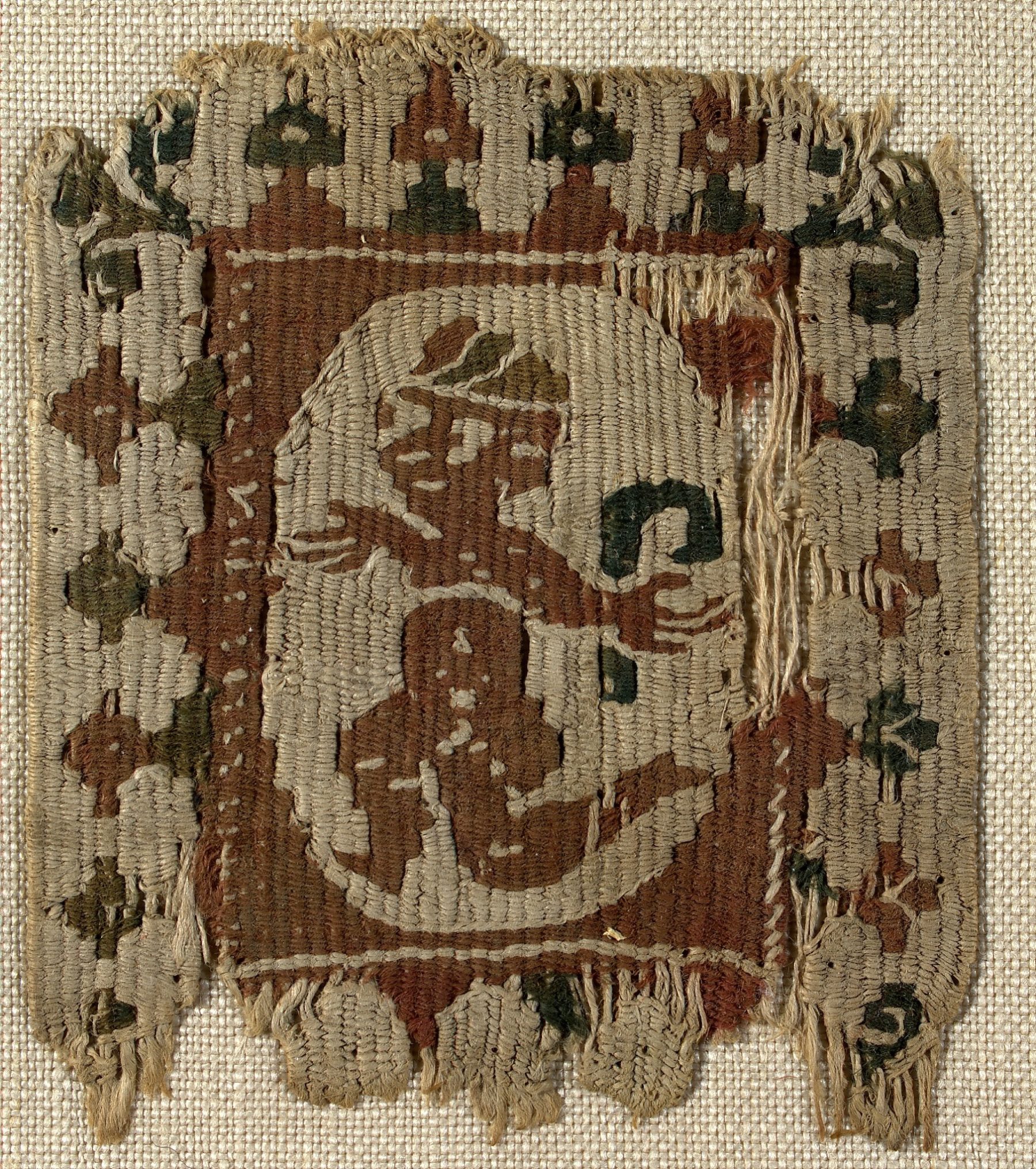 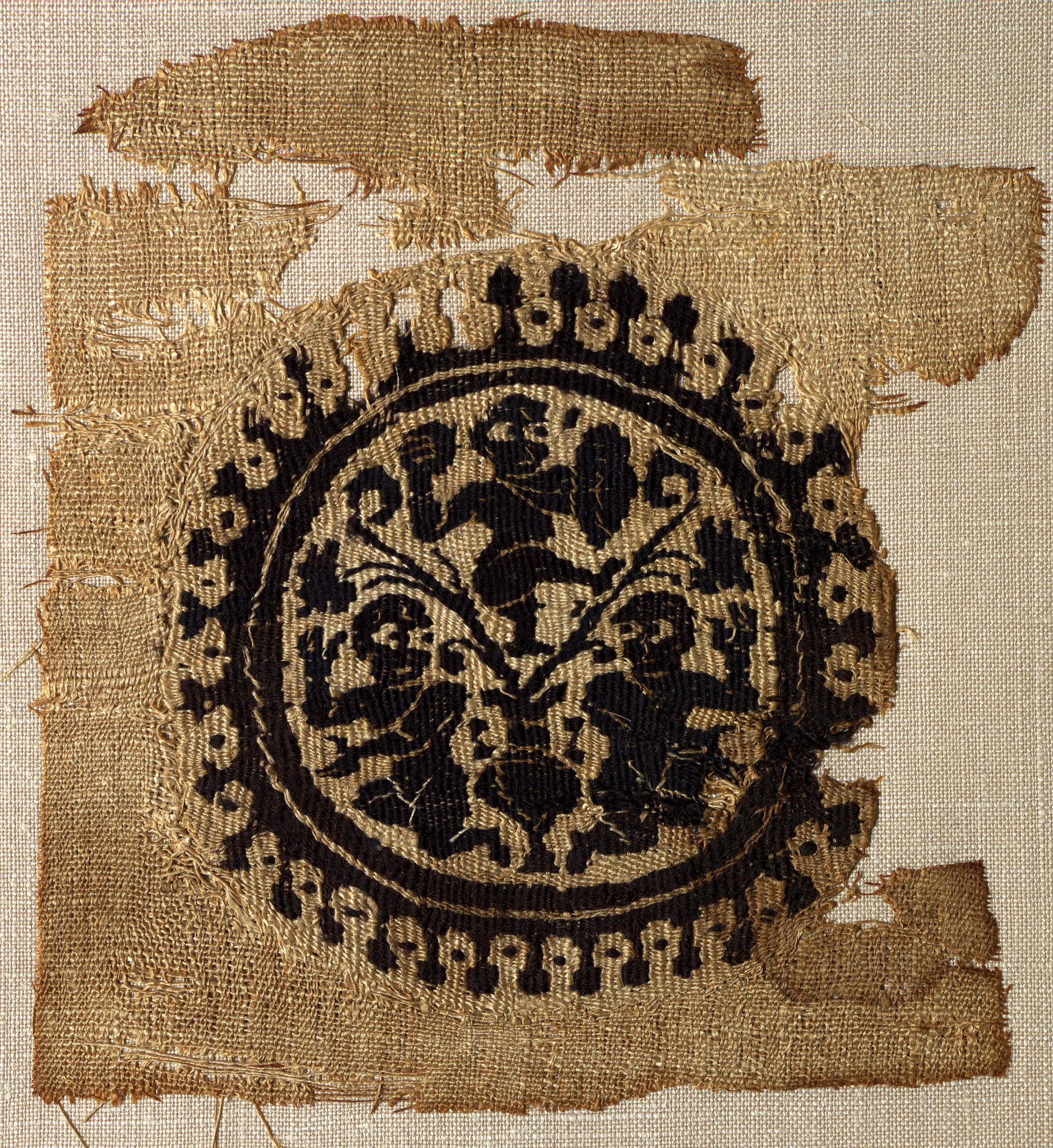 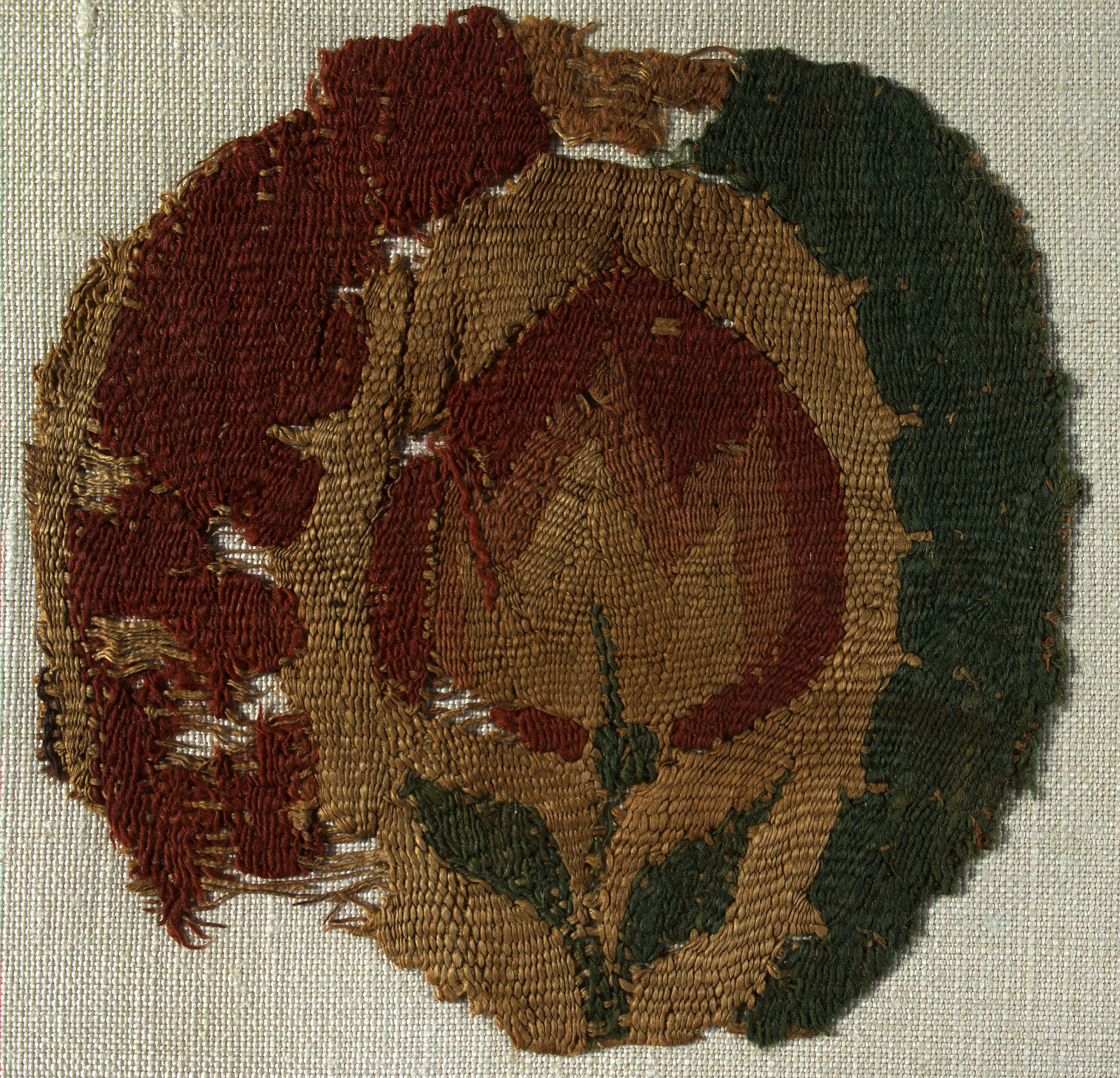 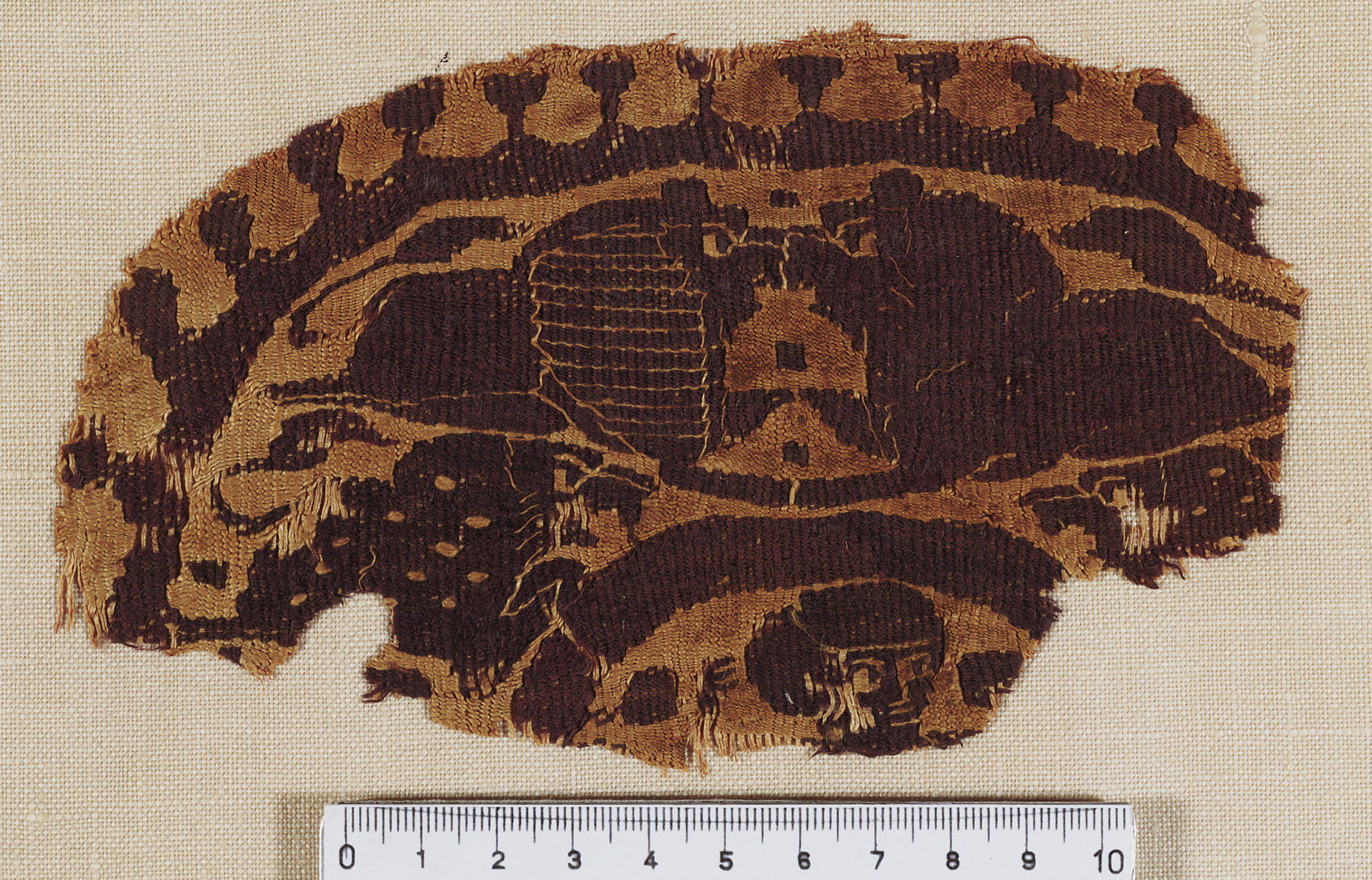 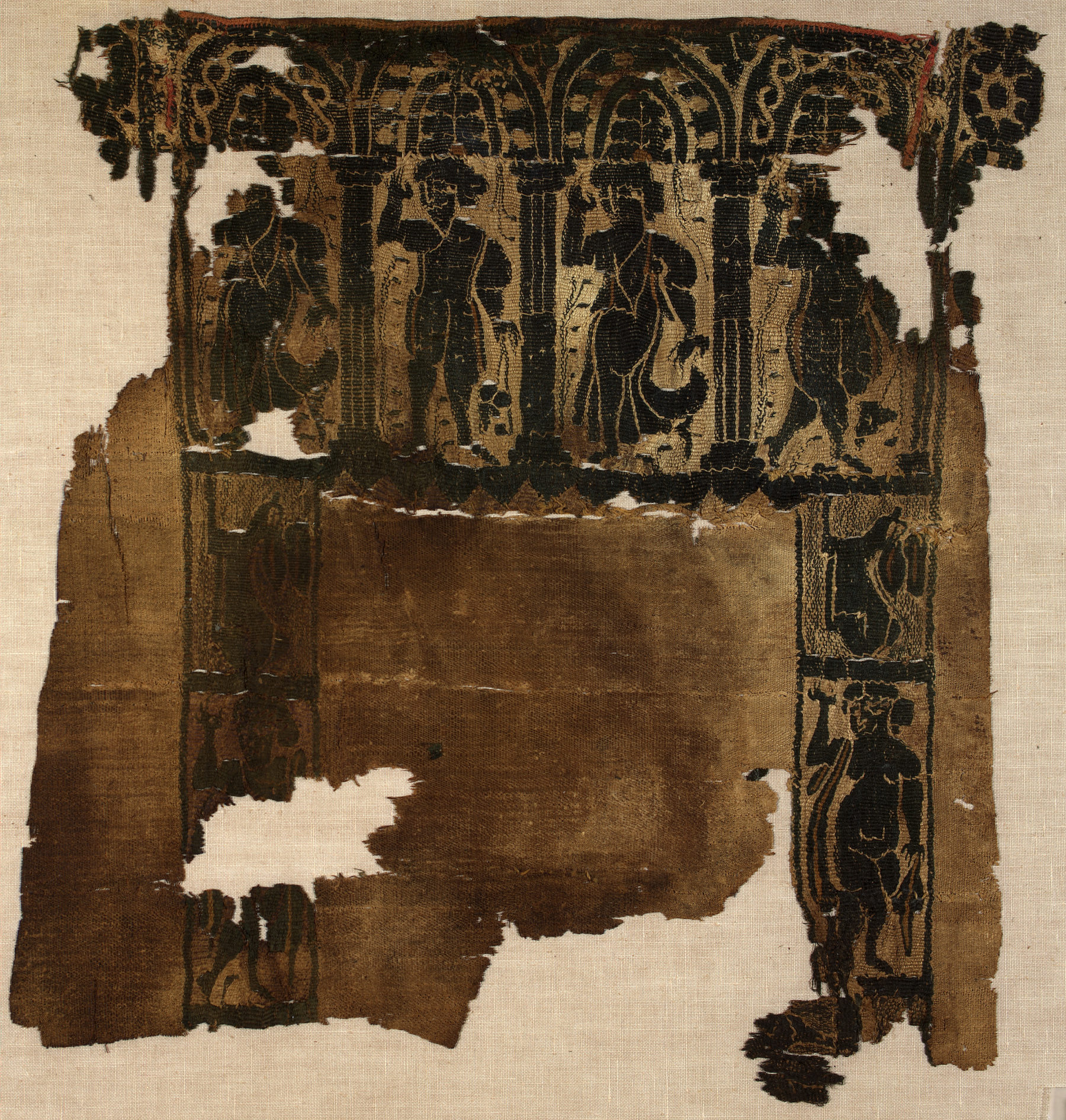 Coptic textiles are amongst the earliest artefacts preserved at FAR. These are outstanding records of Egyptian history between the third and the eleventh century, which saw the coexistence of different cultures and faiths. Thanks to the dry and hot desert climate, they have luckily survived the test of time.

171 pieces make up the Coptic collection, including fragments of trims and decorative bands. Traces of ancient Egyptian iconography can be found in the stylised decorations; for example, there are fabrics adorned with putti (winged infants) swimming in the Nile or wild animals of the local fauna. The influence of Classical culture was equally strong, as evidenced by the chest piece of a tunic which depicts dance scenes reminiscing of Dionysian festivals. The Christian iconography typical of the Copts sits alongside the Islamic tradition, with its geometrical patterns and the use of ornamental inscriptions.