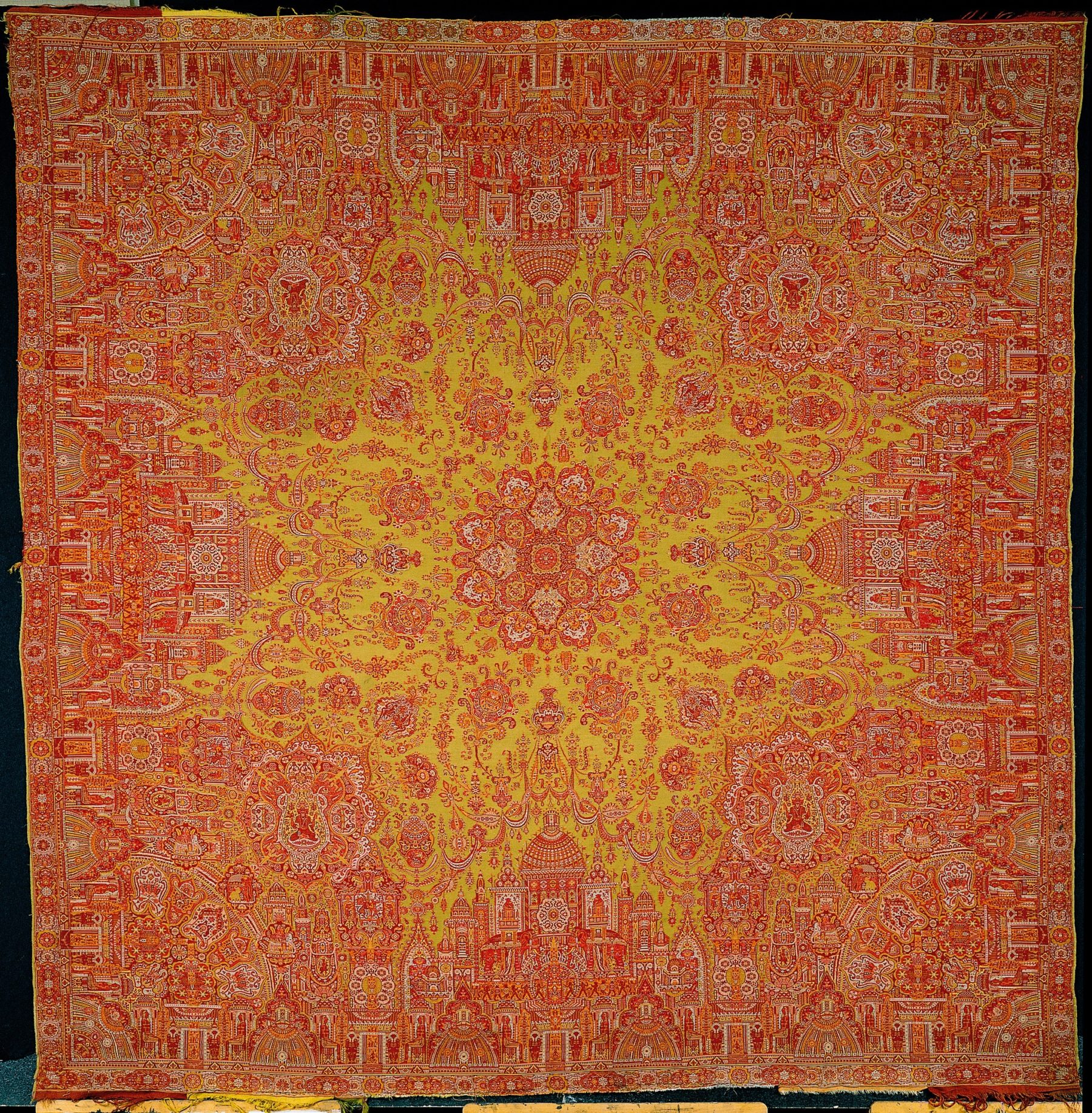 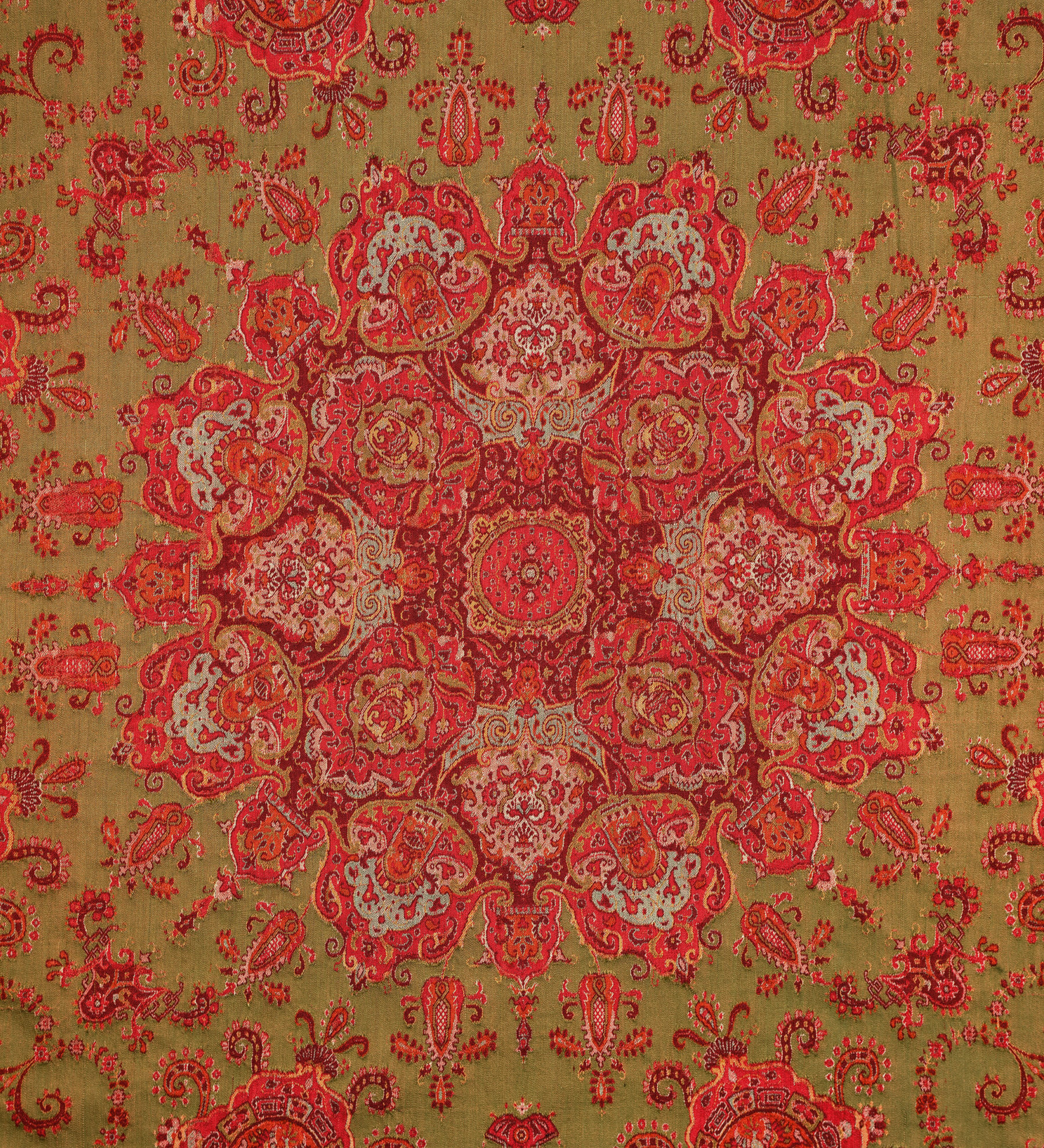 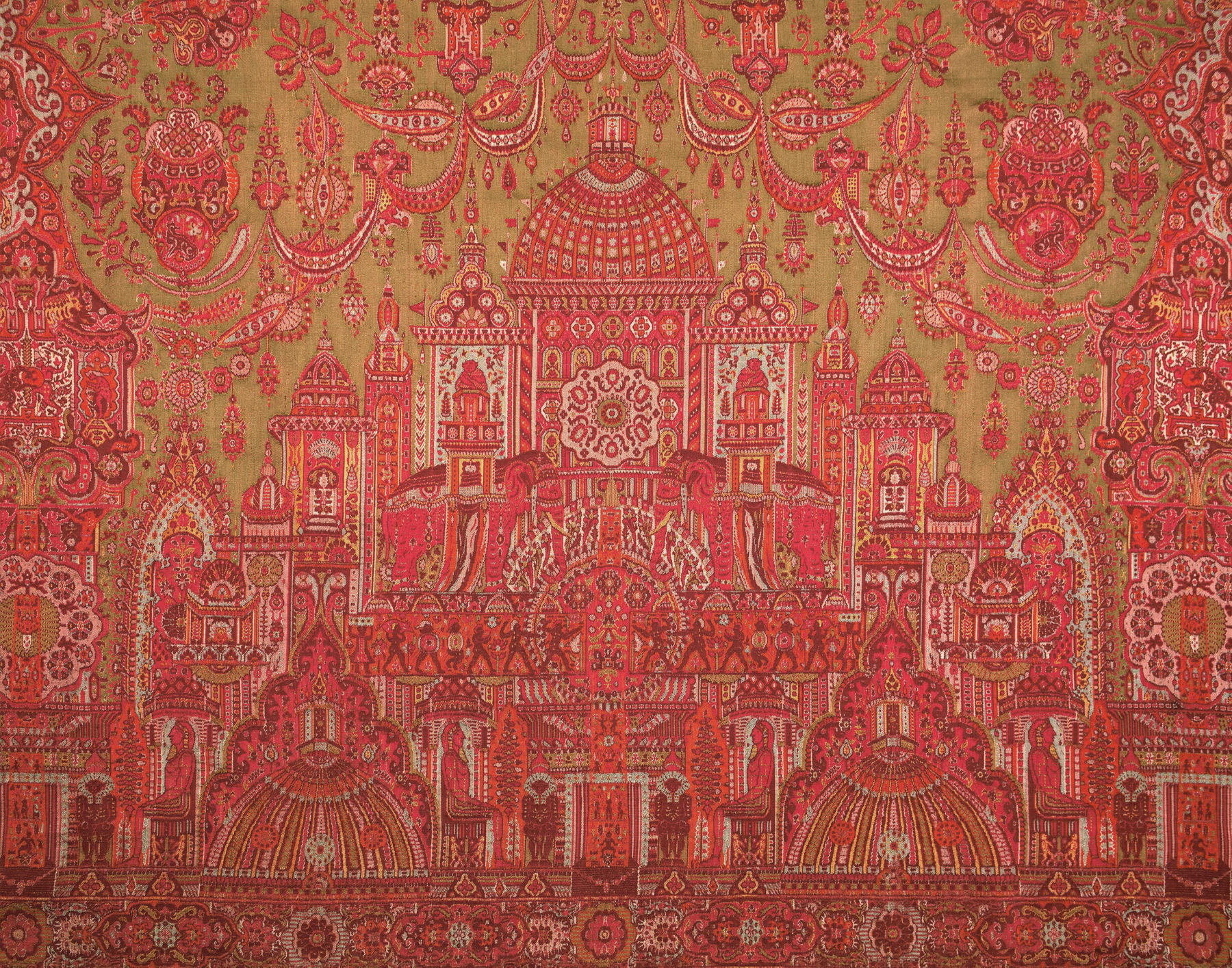 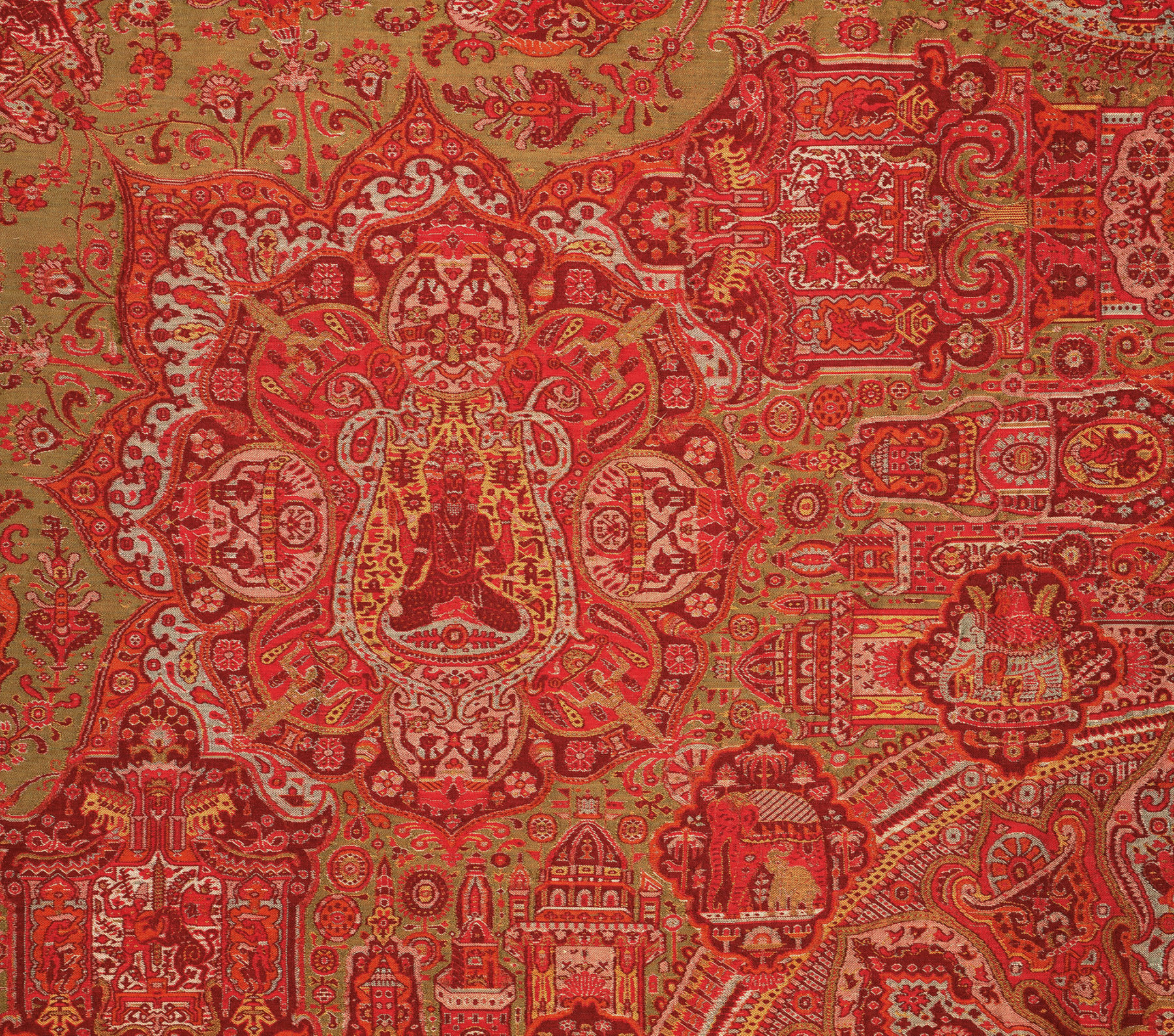 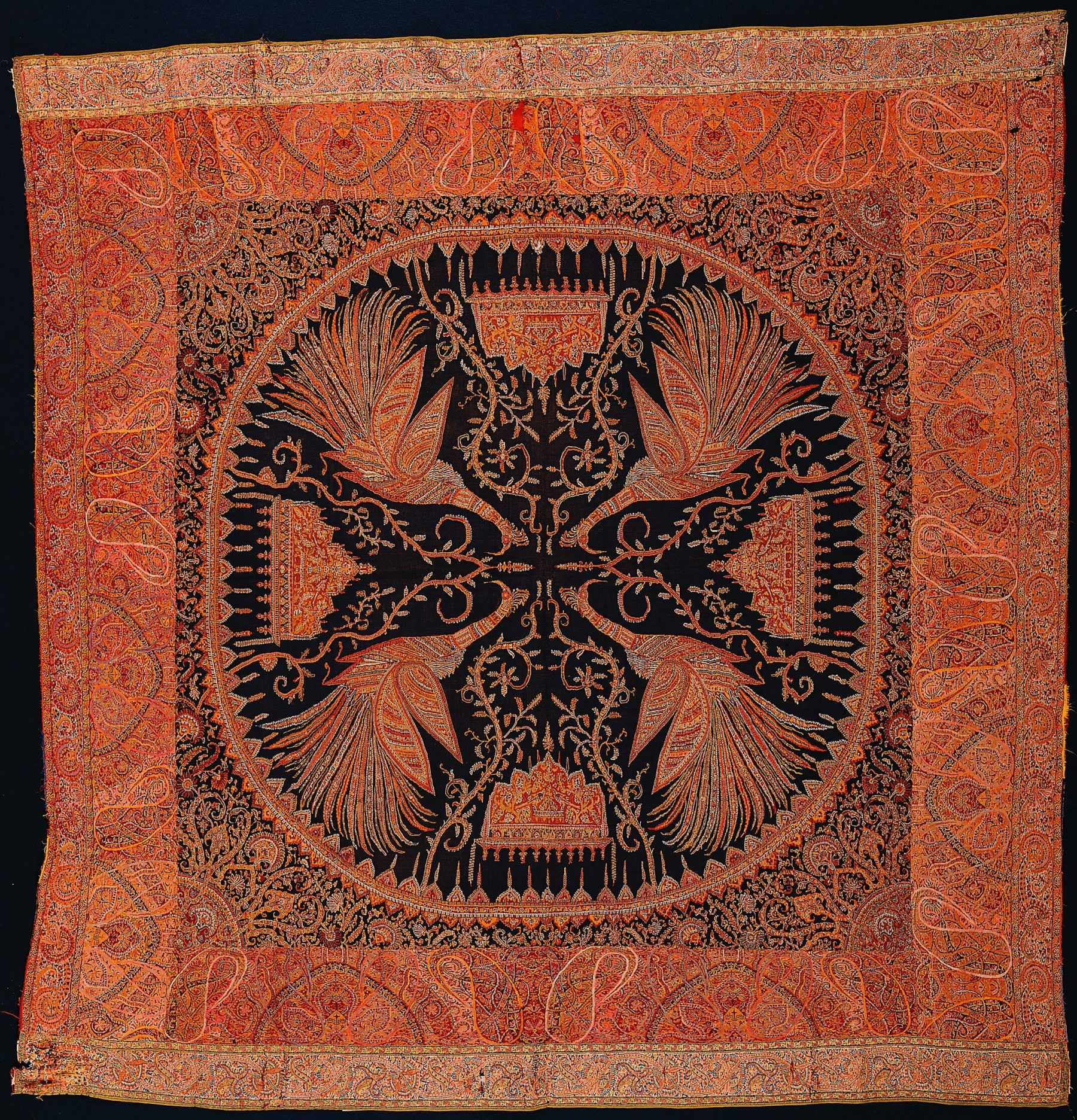 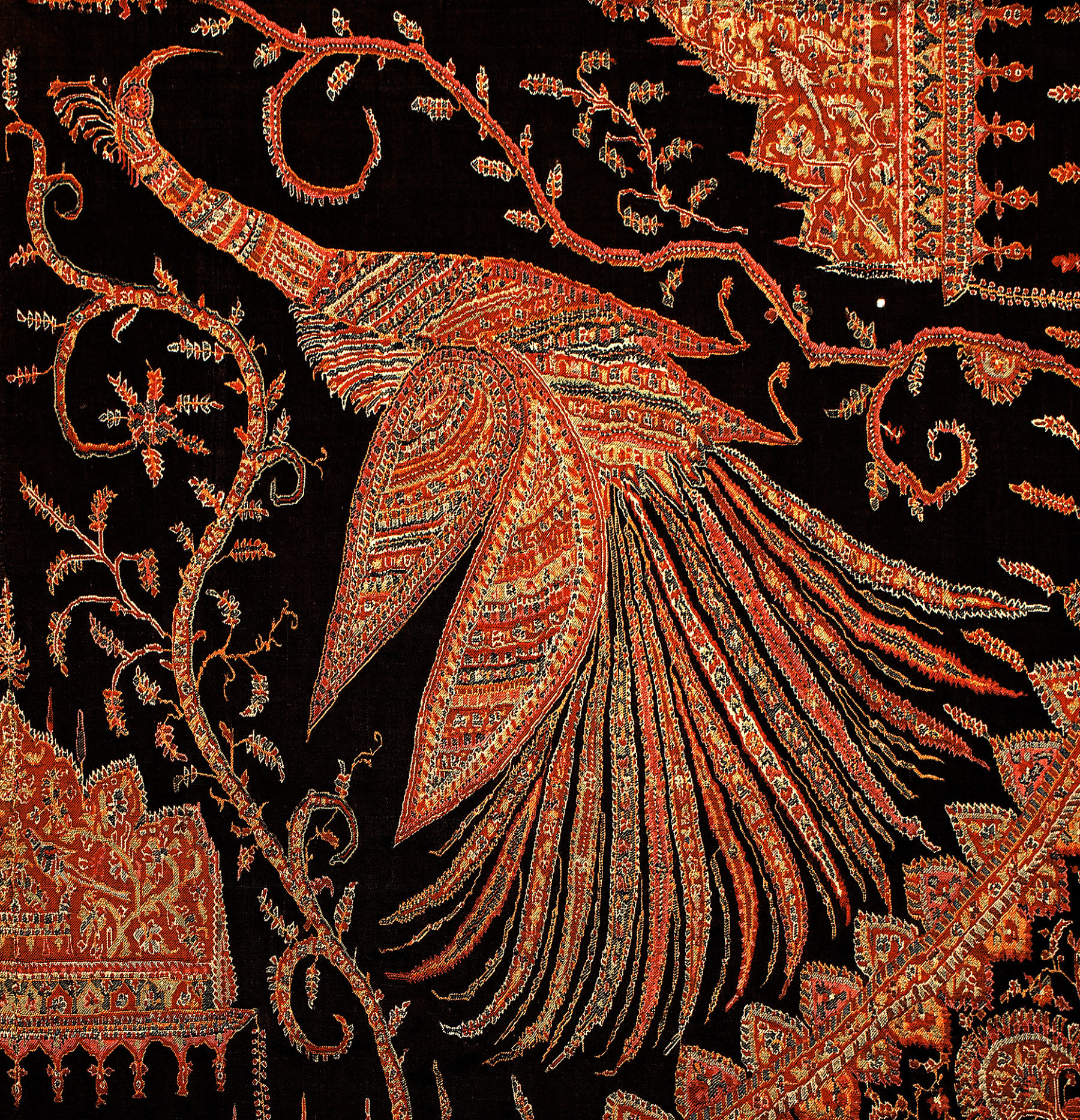 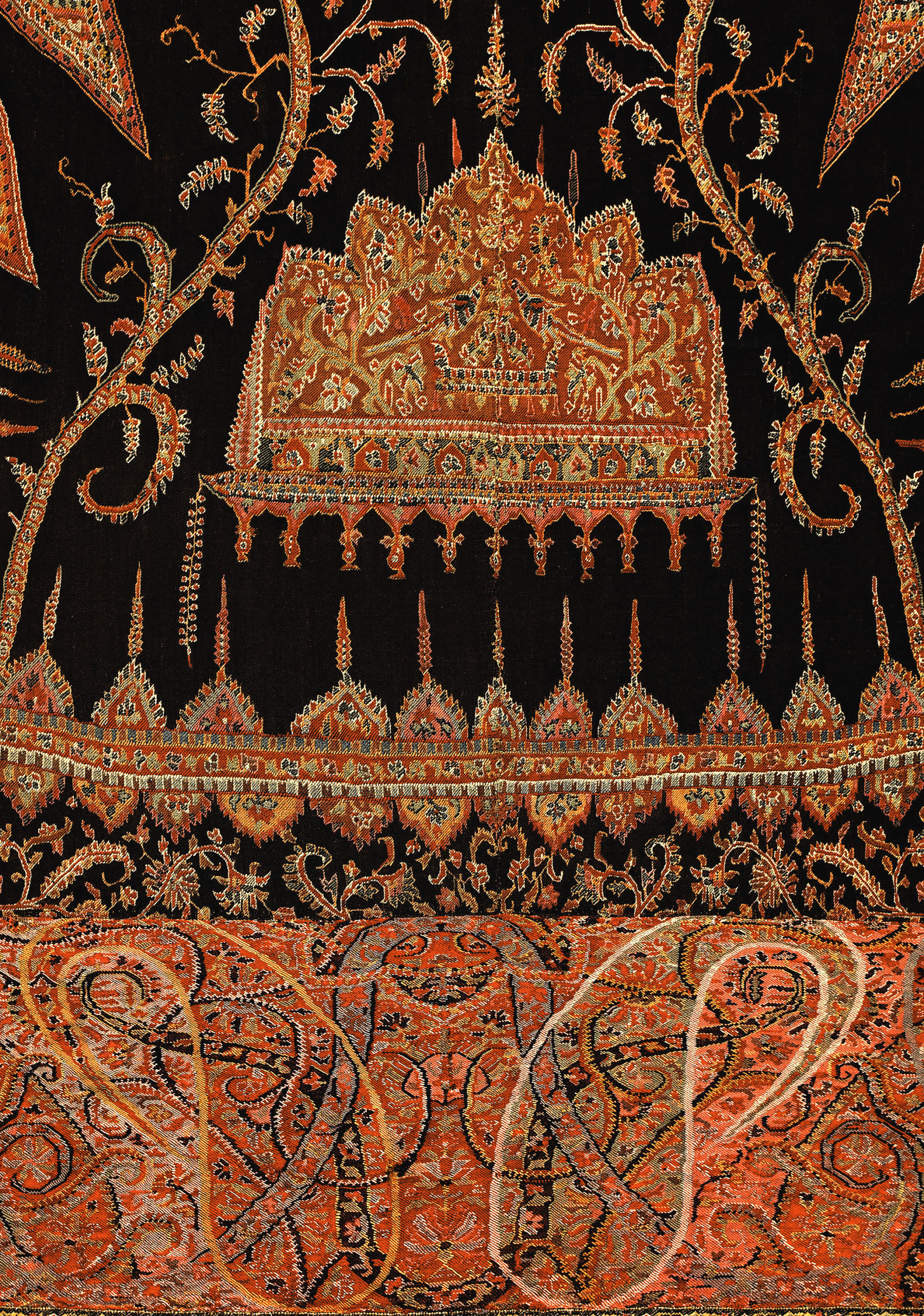 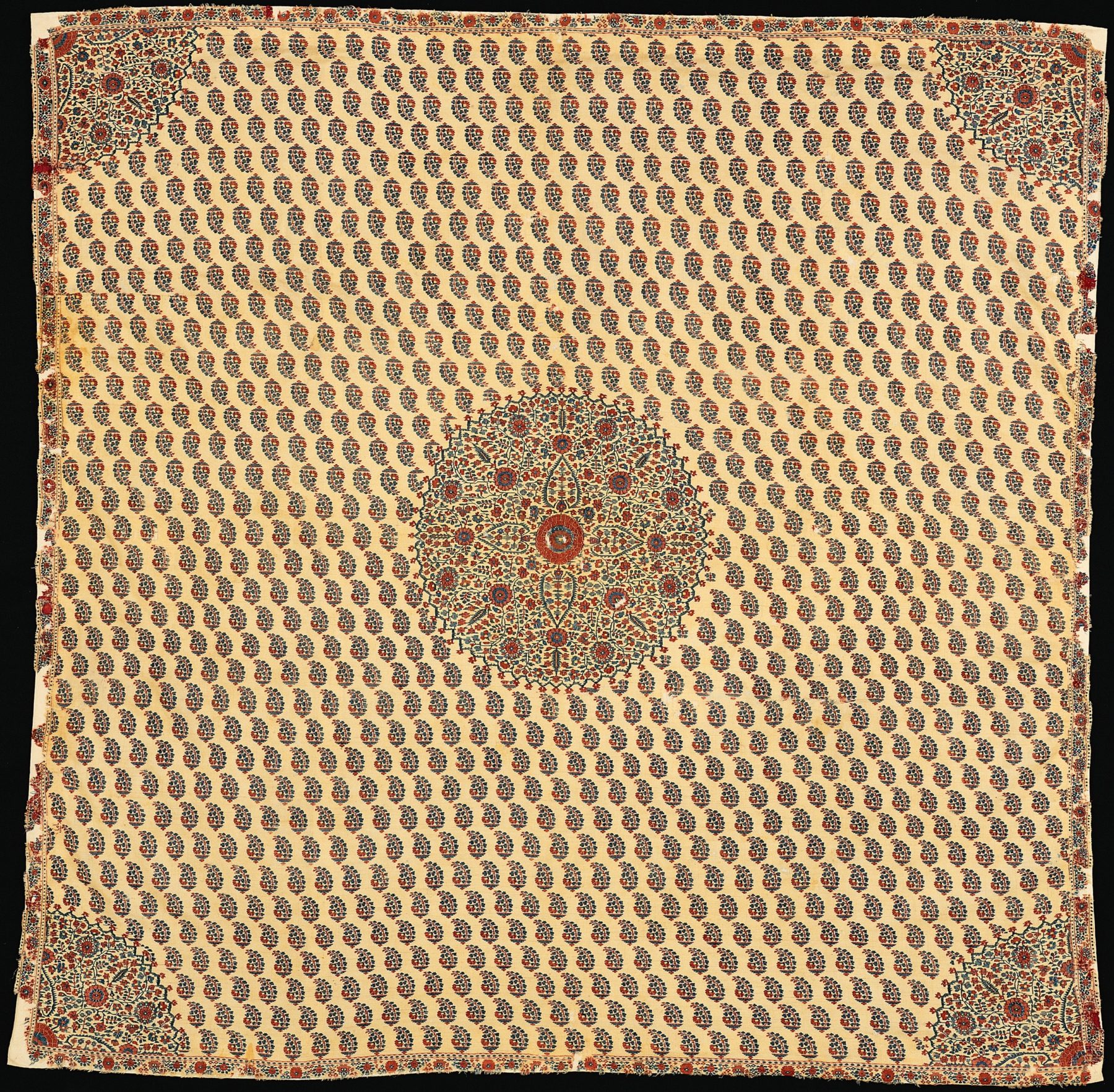 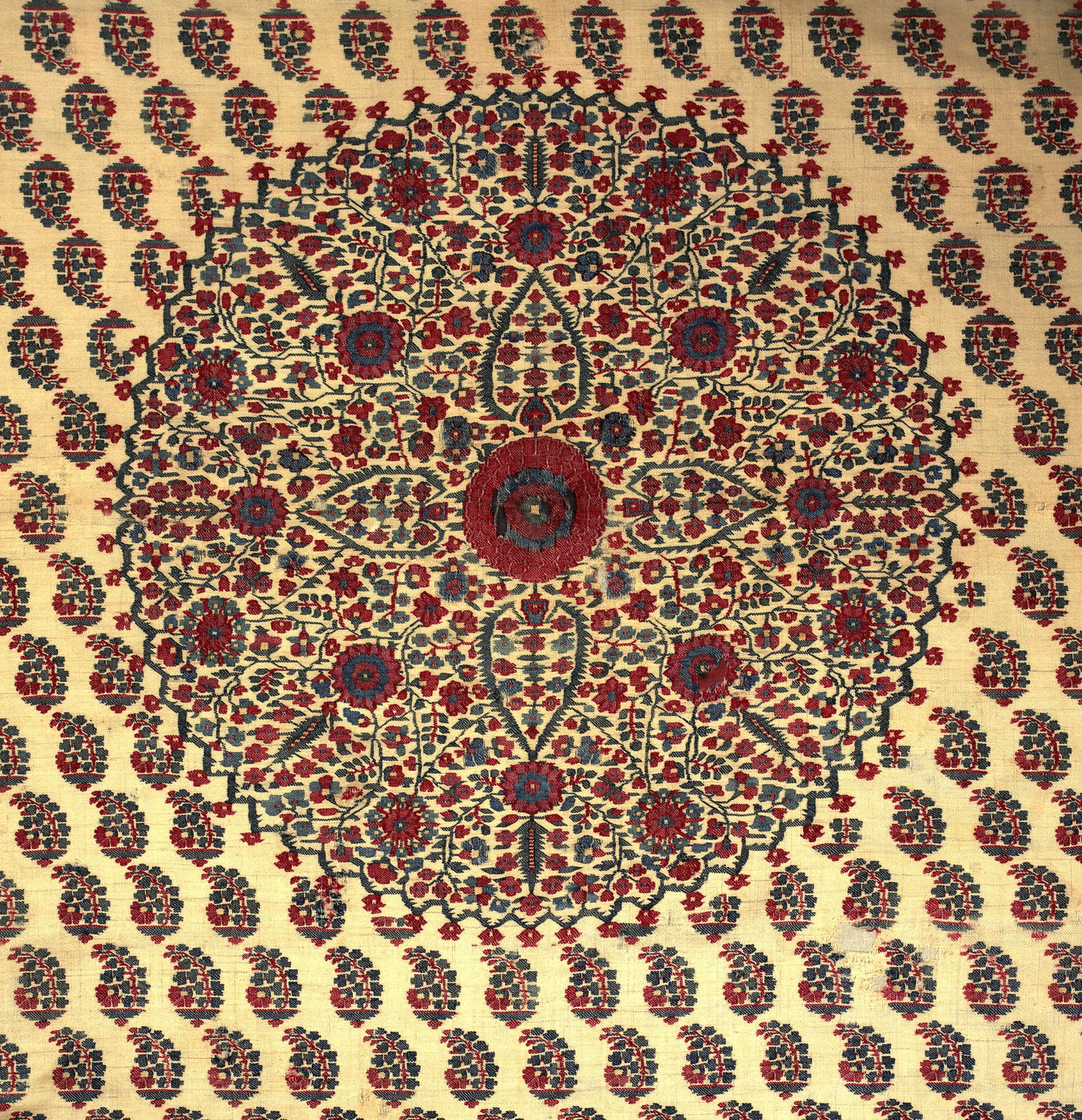 Cashmere shawls reached Europe in the mid-eighteenth century, when they began to be imported from India as luxury exotic goods. After the French Revolution, they became a must-have accessory to wear with light Empire-style tunics. They remained a key piece in women’s fashion throughout the nineteenth century, often readapted into other garments such as vests and robes, and production was started in Europe, as in the Scottish town of Paisley, which now gives the name to the tear-shaped pattern that adorned cashmere shawls.

The FAR collection counts over 270 cashmere shawls dated from the mid-eighteenth century to the end of the nineteenth century. It provides an overview on the different technical and design techniques: for example, Indian shawls were made with brocade weaves while European manufacturers used overshot weaves. The shape varies from rectangular with decorated short ends to square with a central rosette, with a few exceptions in patchwork designs. A notable mention for Antony Berrus, director of one of the most famous Parisian companies creating shawl designs in the nineteenth century, whose work is represented in the collection by four albums containing 634 drawings made between 1859 and 1863.