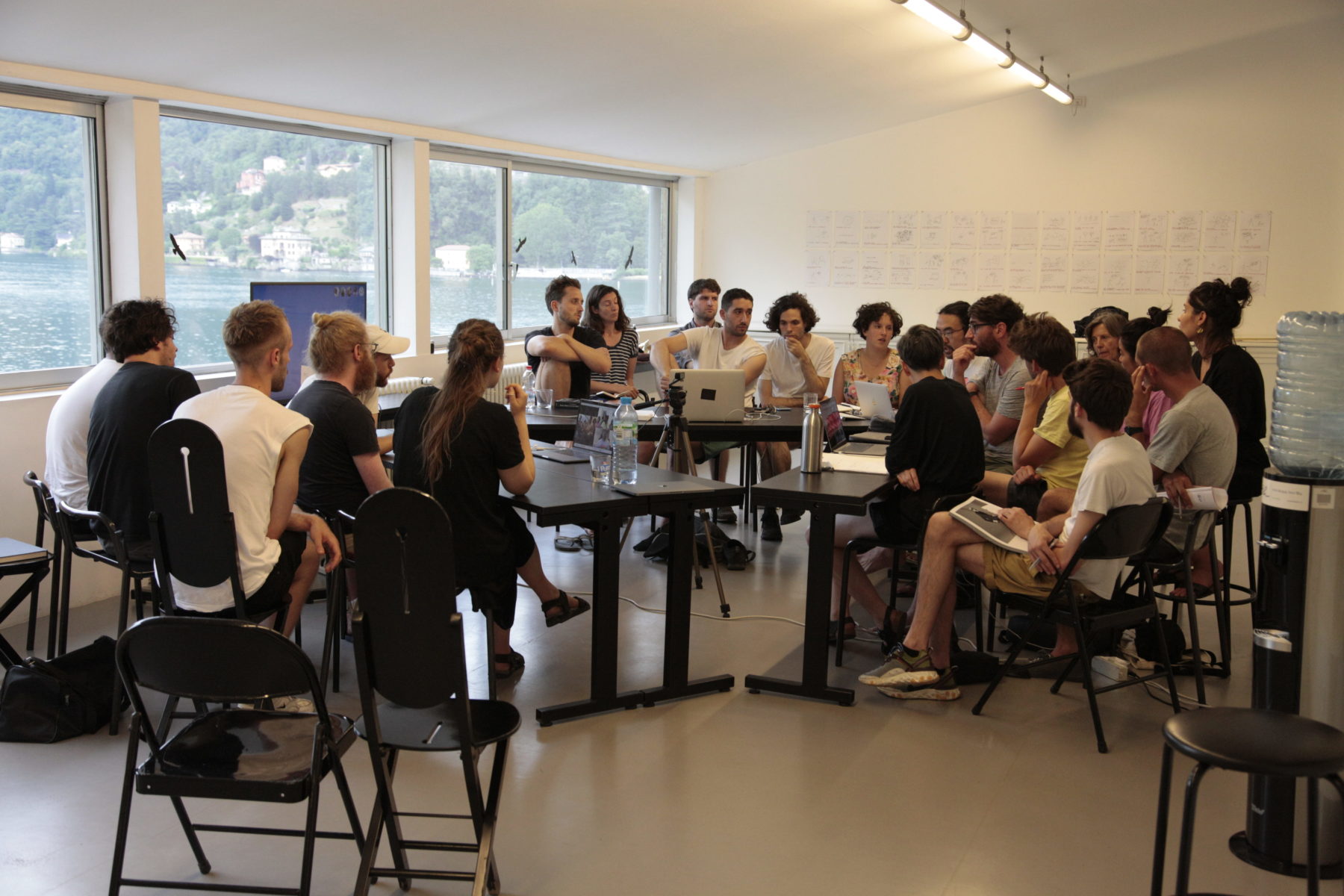 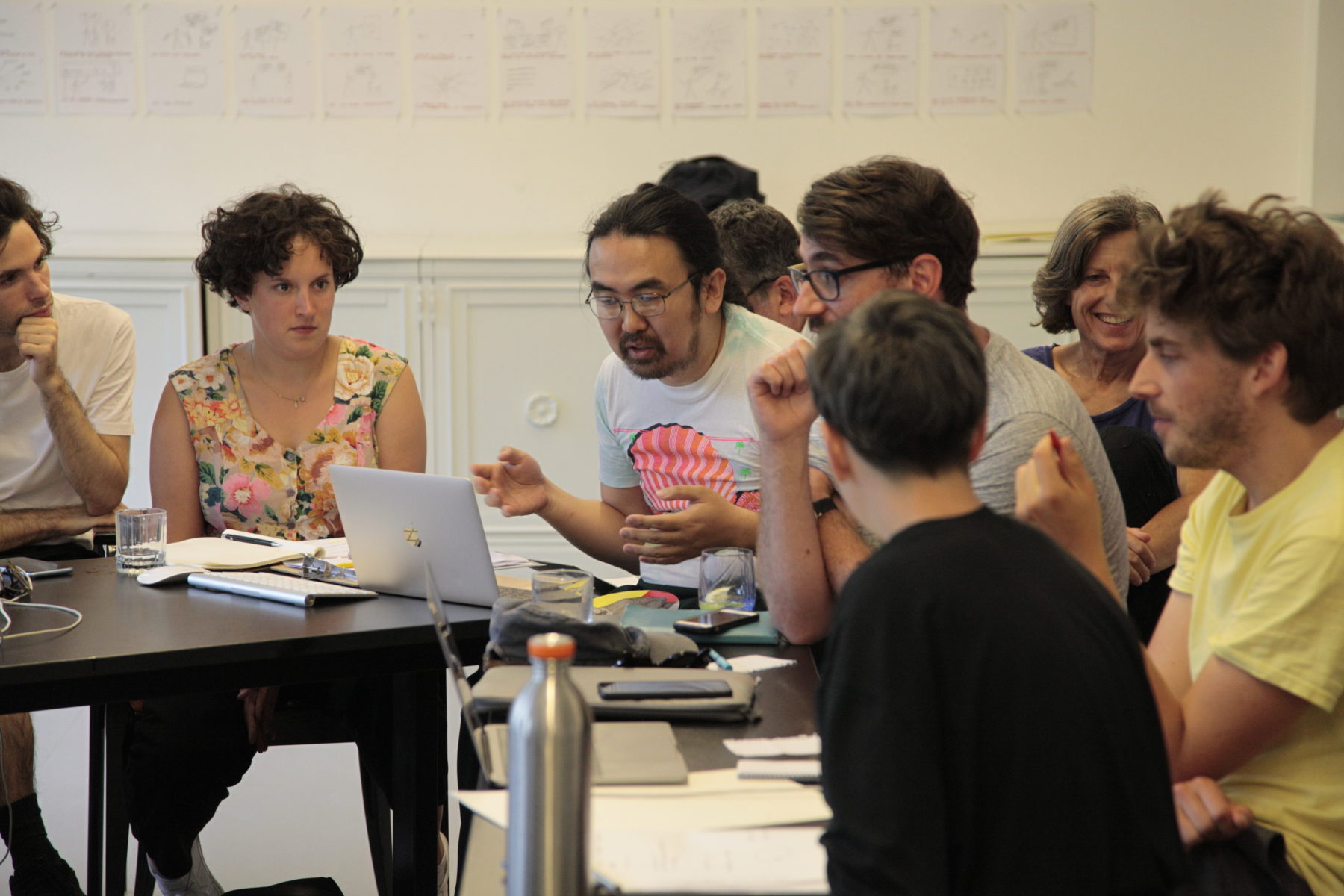 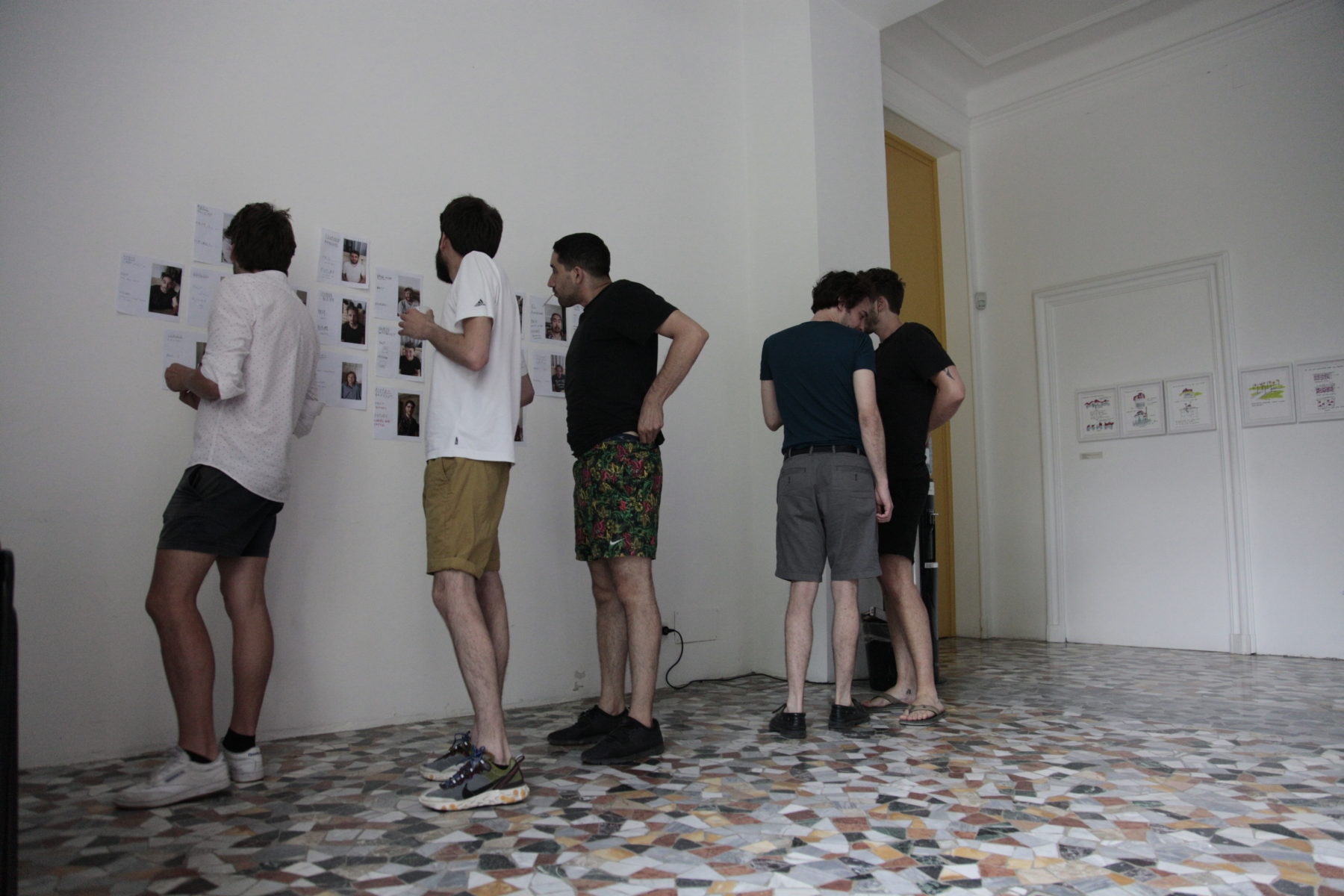 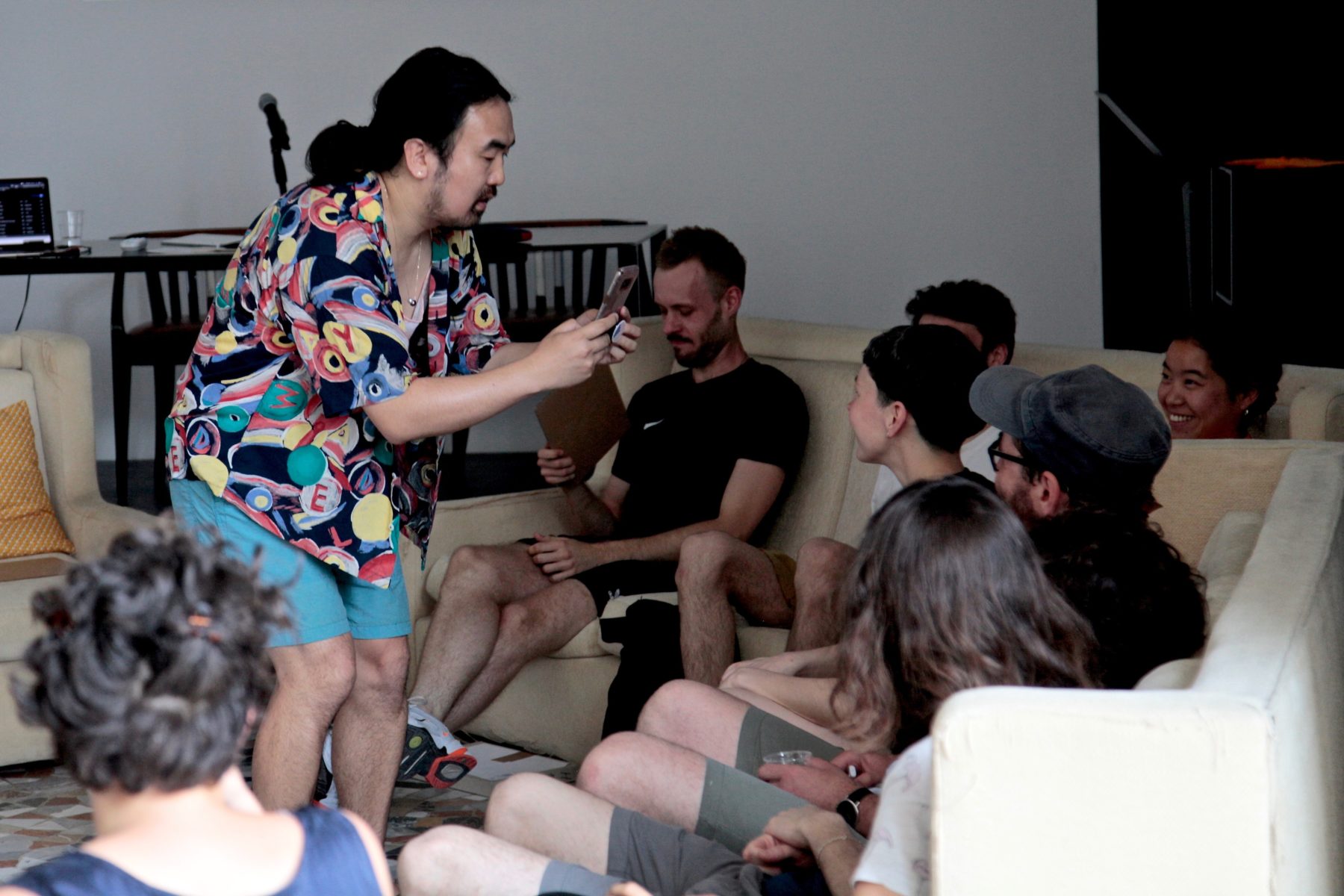 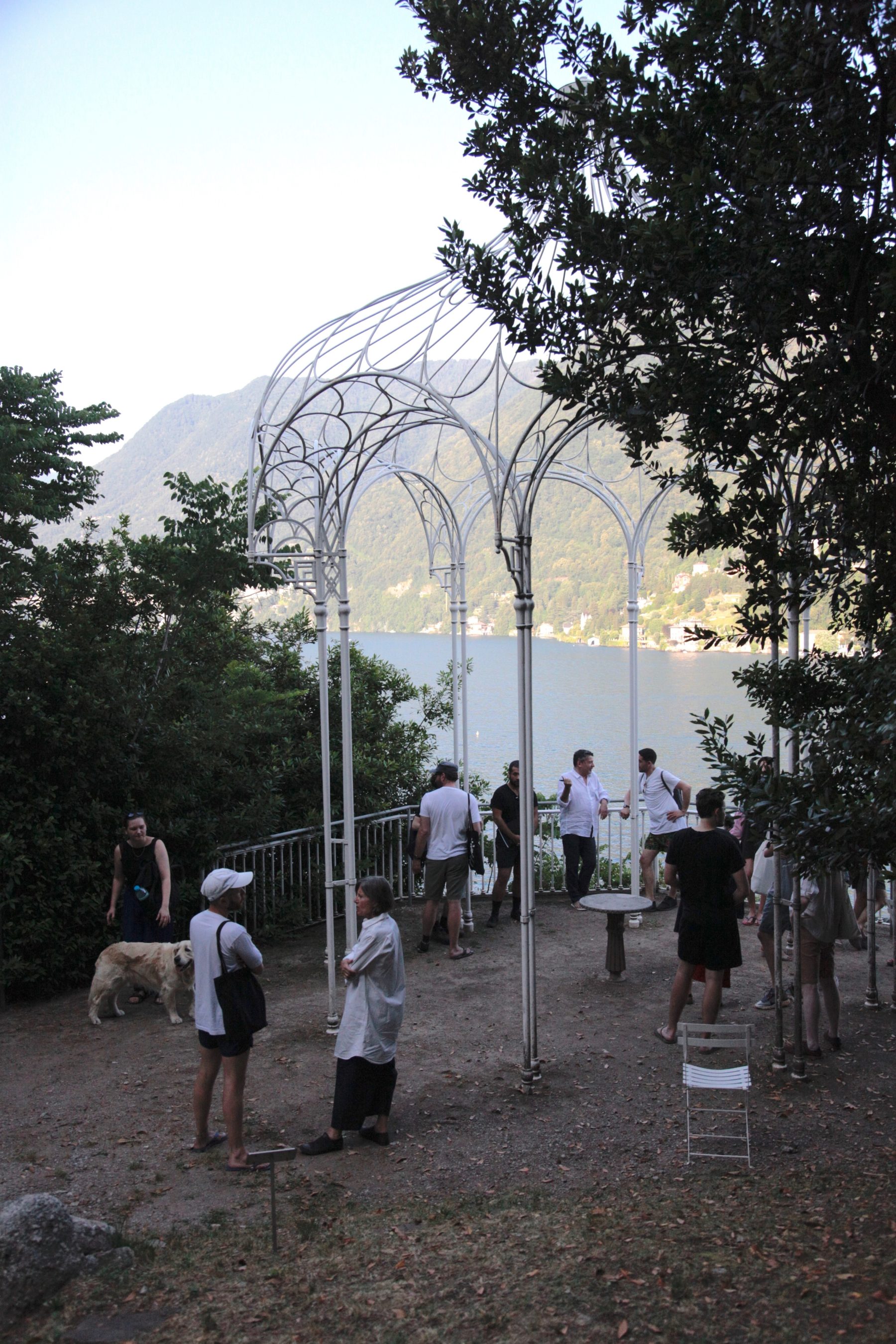 During the workshop Causual Loops 2019

The overlap of the artists and curators' presence on site will structurally inform this workshop in which the central event of performance/presentation/production/exhibition will be concentrated in the middle of the time to question and shift the common form of time frames in production (the idea of an accumulative process with the result and presentation in the end) and focus more on the reflection of the work around the moment of its actual presentation (or: the moment when it is put out in the world). We will work with the overlap in a way that could be compared to the sound phenomena of a Doppler Frequency Effect, or to the temporal structure of a Causal Loop.

We will learn:
- How to hear the Doppler Frequencies of both directions at the same time?
- How to make a billiard ball collide with its future self?

But then:
- What are the ways future and past complicate each other?
- How to work with the afterlife of the event already before it happens (and later)?
- Can there be a possible new beginning after the event? (Can the 2 time frames around the event even interchange?)
- Should the movement of the billiard ball or the sound of the Dopplers be archived? If yes, how could they?
- Does fictional identity have a time? How is it connected to its times?

In this looped or squiggled world, publication and production are kind of the same vocabularies. Thus, a draft of the publication will be completed before the end of the workshop, and used for your future past art.
(Ei Arakawa and Nora Schultz)

Nora Schultz (b. 1975, Frankfurt/Main, Germany) lives and works in the USA. Schultz studied at the Städelschule, Frankfurt, and Bard College, New York. Her works are sculptural installations often including video, sound and performance as equal elements that complement one another. She uses industrial and everyday materials to create abstract sculptures. Schultz engages with language and writing systems and explores how cognitive processes influence objects and images.
Schultz’s work has been exhibited in relevant institutions worldwide, among which: Secession, Vienna (2019); Renaissance Society, Chicago (2014), Portikus, Frankfurt (2012), Kunstverein, Cologne (2009); and performances at the Whitney Museum, New York (2017), Tate Modern, Performance Room (2014) and at MoMA, New York (with Ei Arakawa, 2012). Her work has been included in Skulptur Projekte Münster (2017), Some End of Things, Museum für Gegenwartskunst, Basel (2013) and Ecstatic Alphabets/Heaps of Language at MoMA, New York (2012).

Kasper König (b. 1943, Mettingen, Germany) Professor Dr. König was only twenty-three years old when he curated a Claes Oldenburg exhibition for the Moderna Museet in Stockholm. In 1985, König became Professor of Art and the Public at the Academy of Fine Arts in Düsseldorf. Three years later, he accepted a professorship at the Städelschule Frankfurt, where he served as president from 1989 until 2000. During this same period he was Founding Director of Portikus, an exhibition hall in Frankfurt.
König has organized several large exhibitions, including Westkunst in the Messehallen, Cologne (1981); von hier aus in the Messe, Düsseldorf (1984); and Der zerbrochene Spiegel in Vienna and Hamburg with Hans Ulrich Obrist (1993). Together with Klaus Bussmann, he co-initiated and organized the Skulptur Projekte Münster in 1977 and the following editions (1987, 1997, 2007, 2017). From 2000 to 2012 he served as Director of the Museum Ludwig in Cologne. Kasper König was also Chief Curator of Manifesta 10, which took place in St. Petersburg in 2014 and recently served as Artistic Director of Skulptur Projekte Münster in 2017.