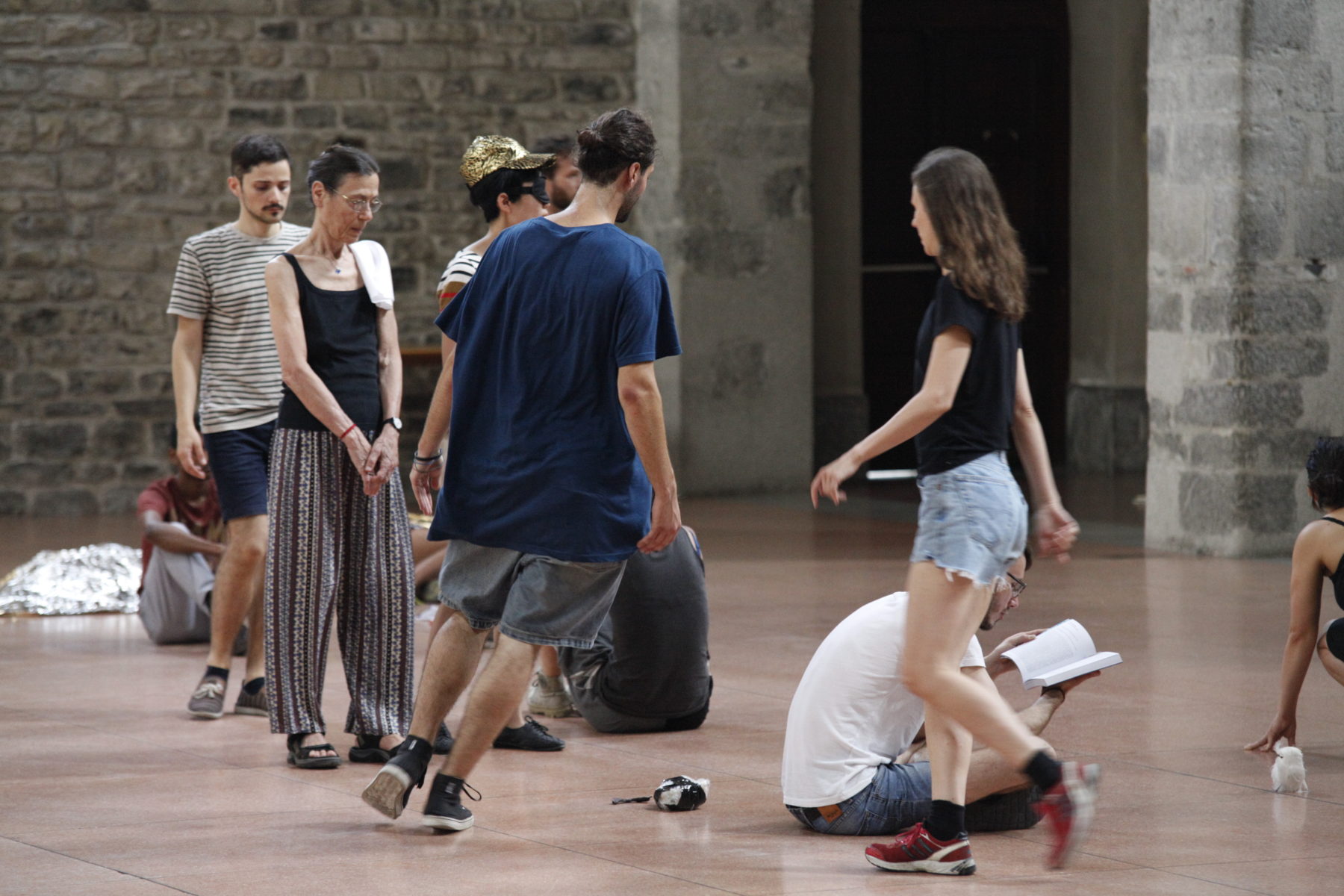 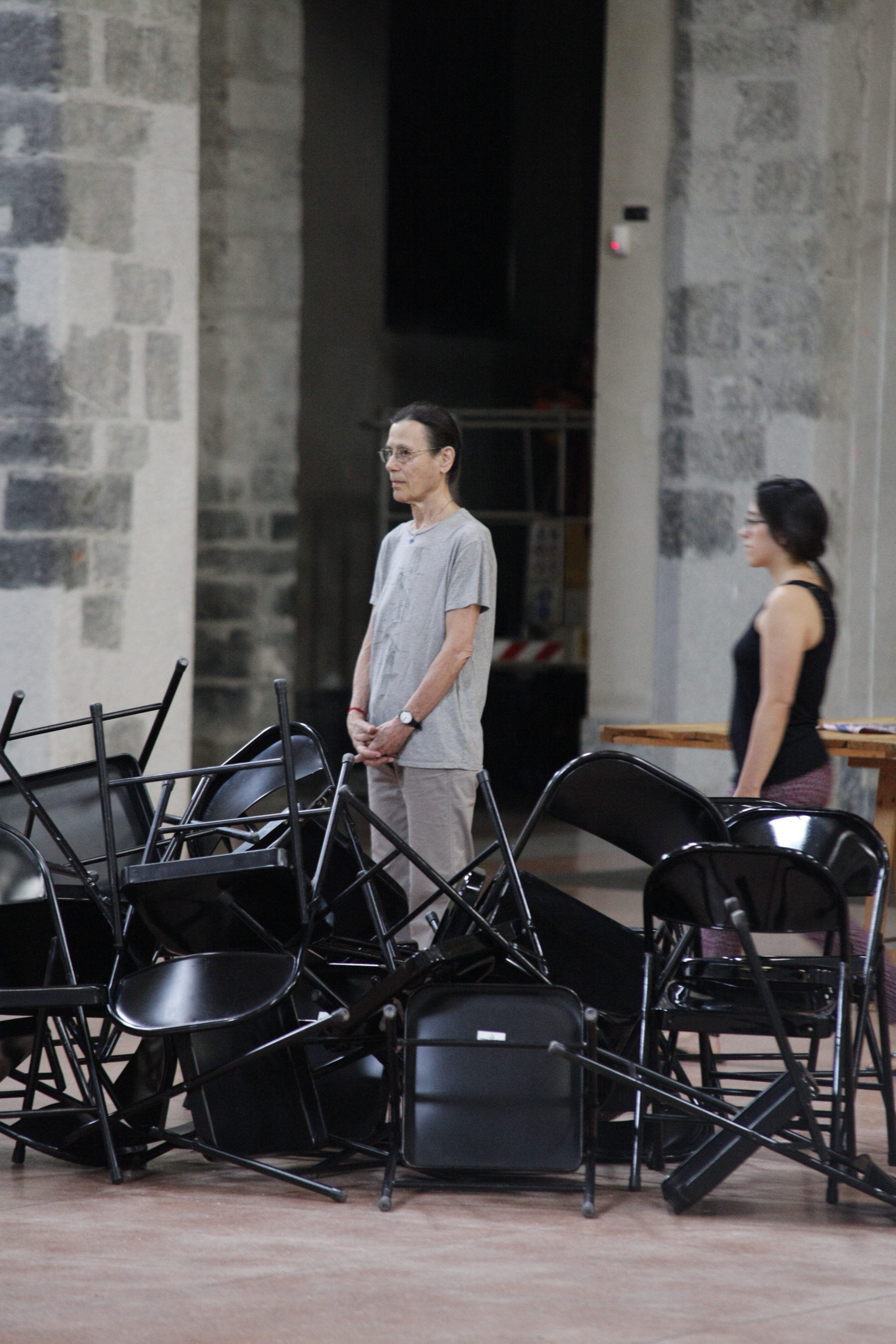 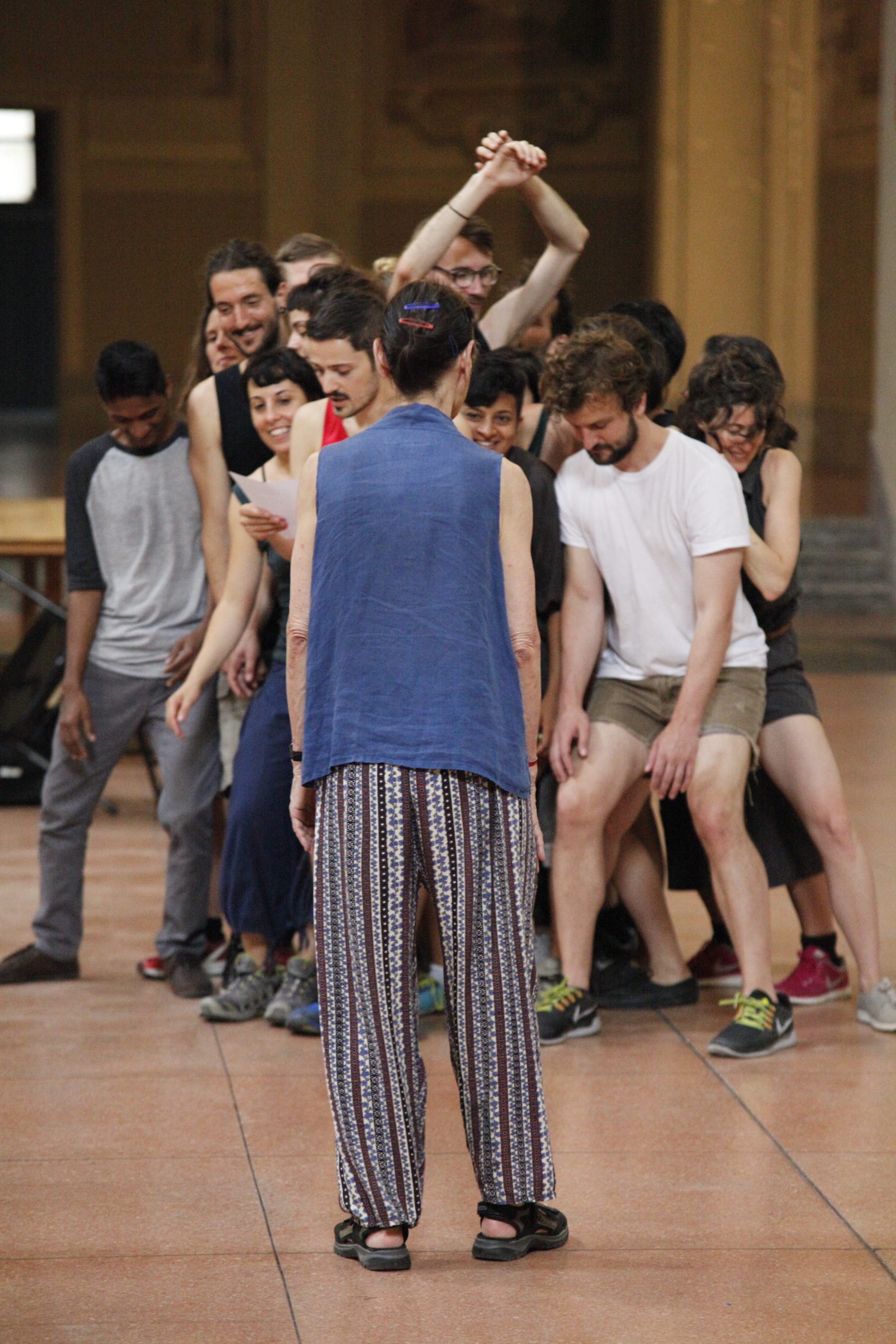 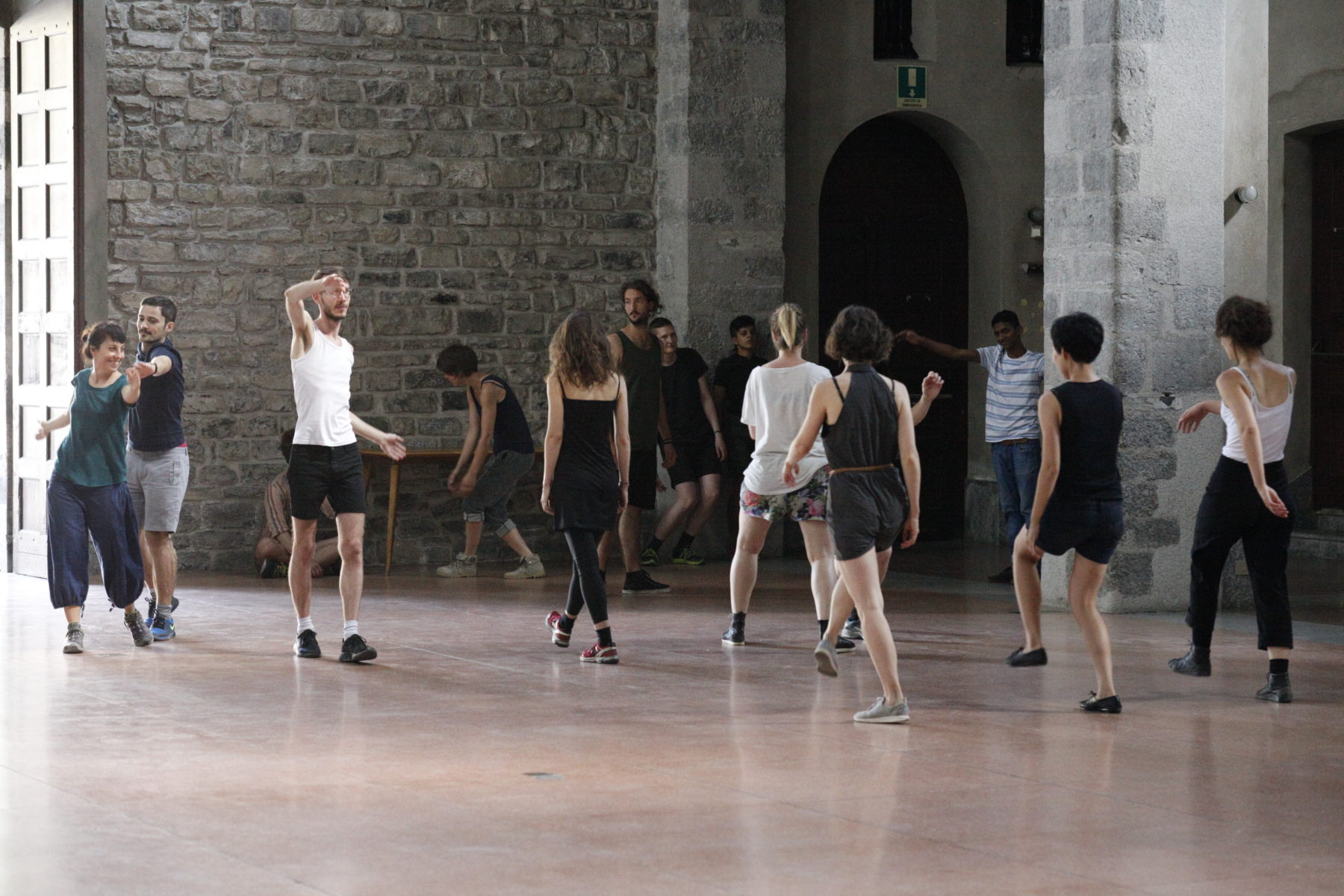 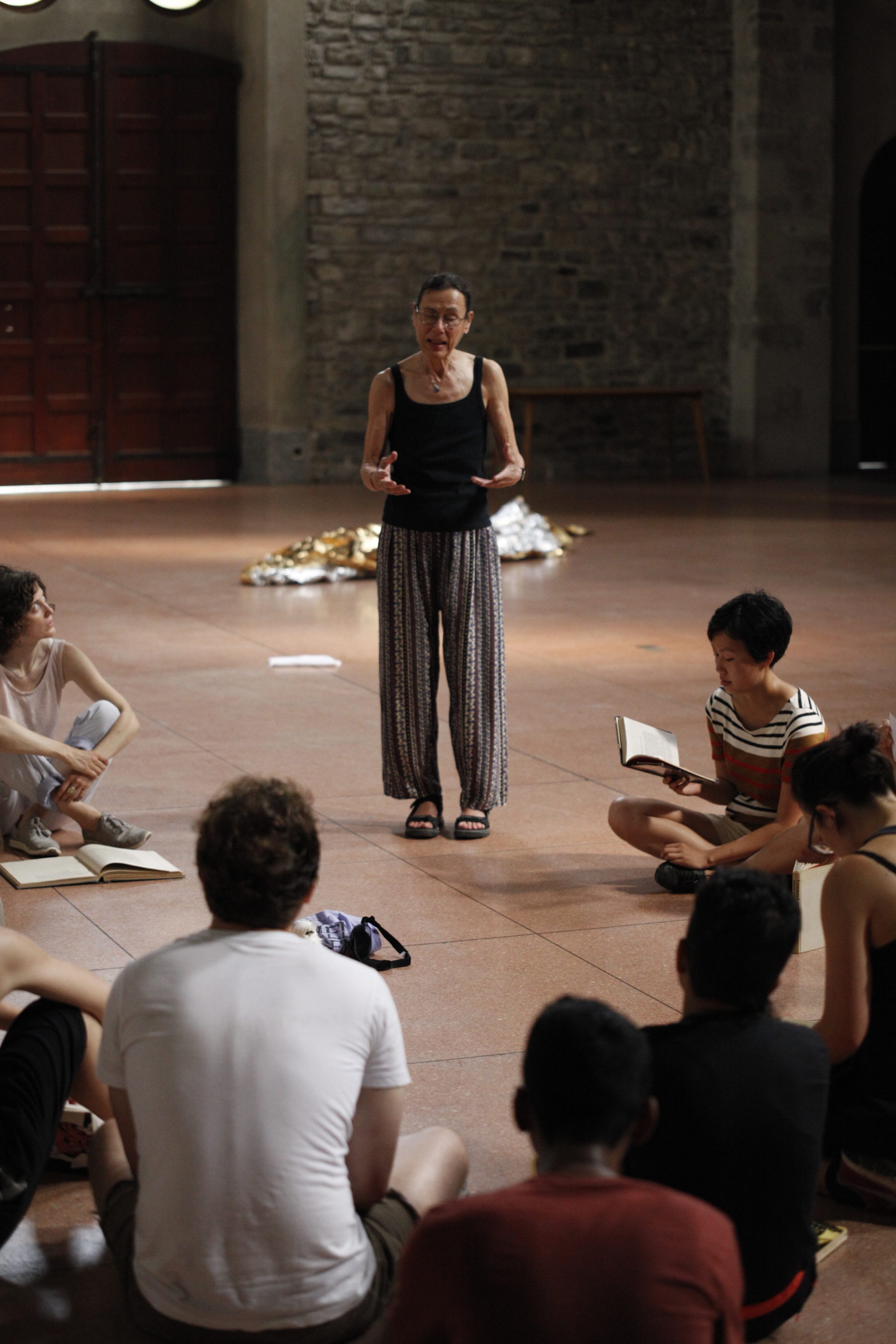 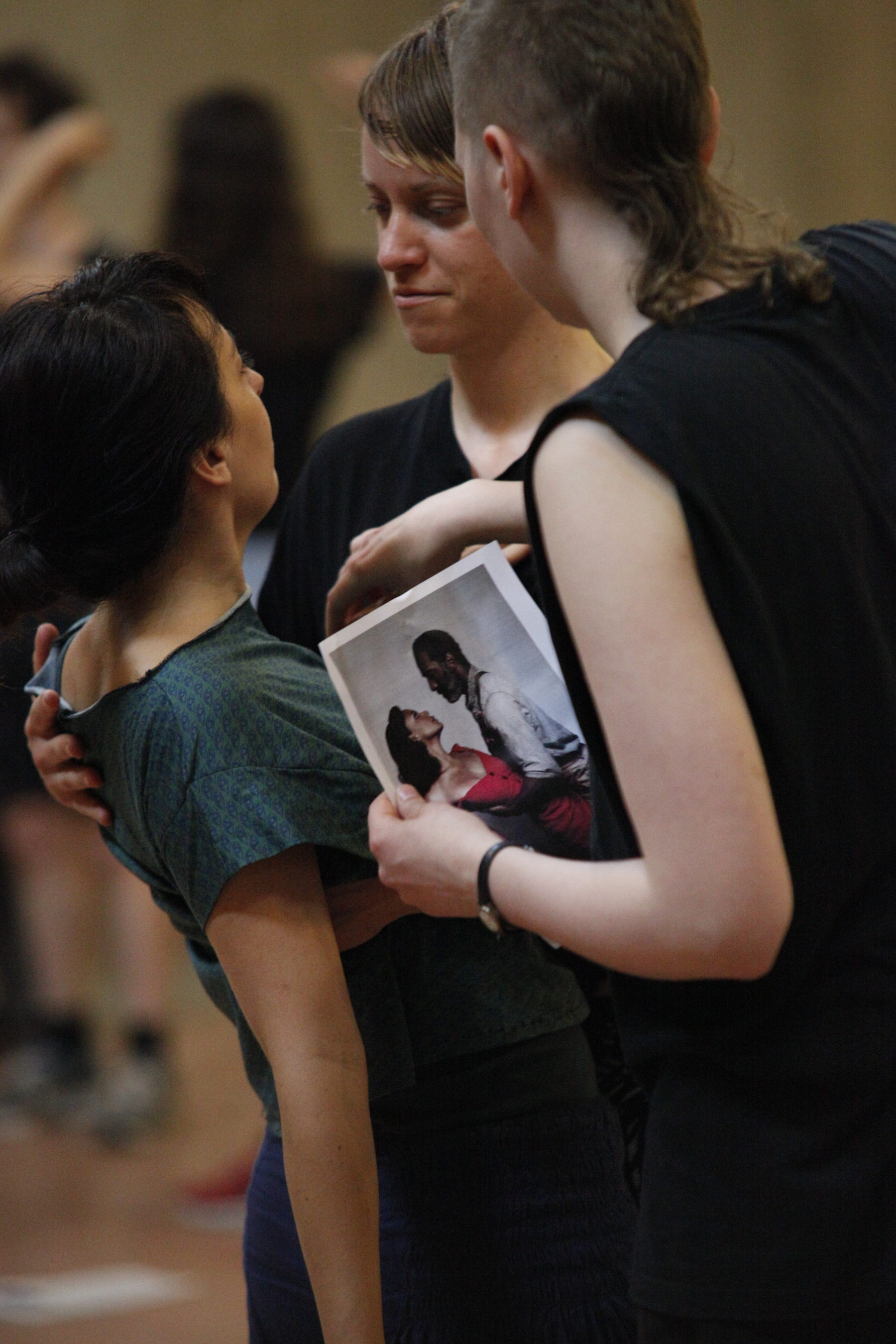 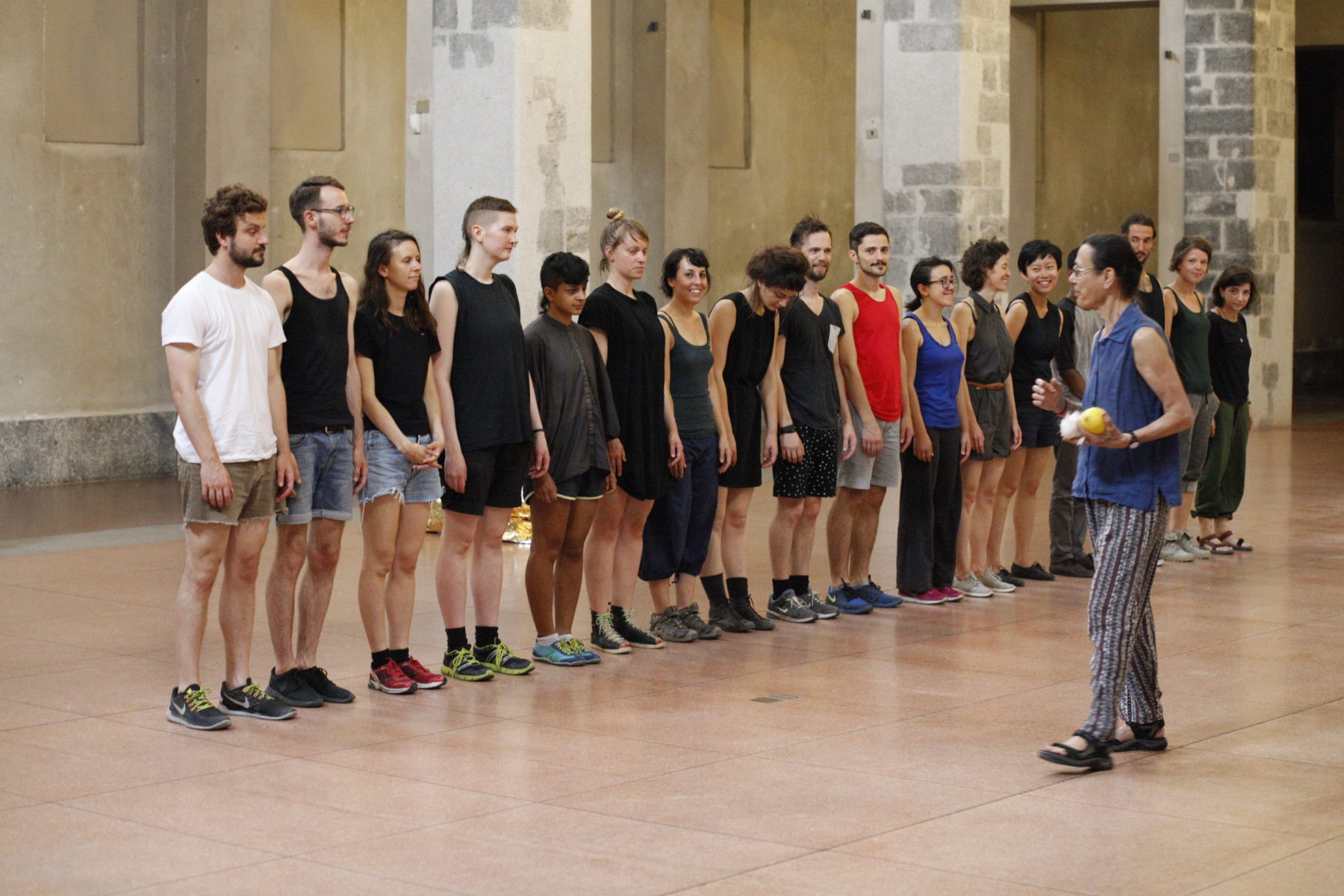 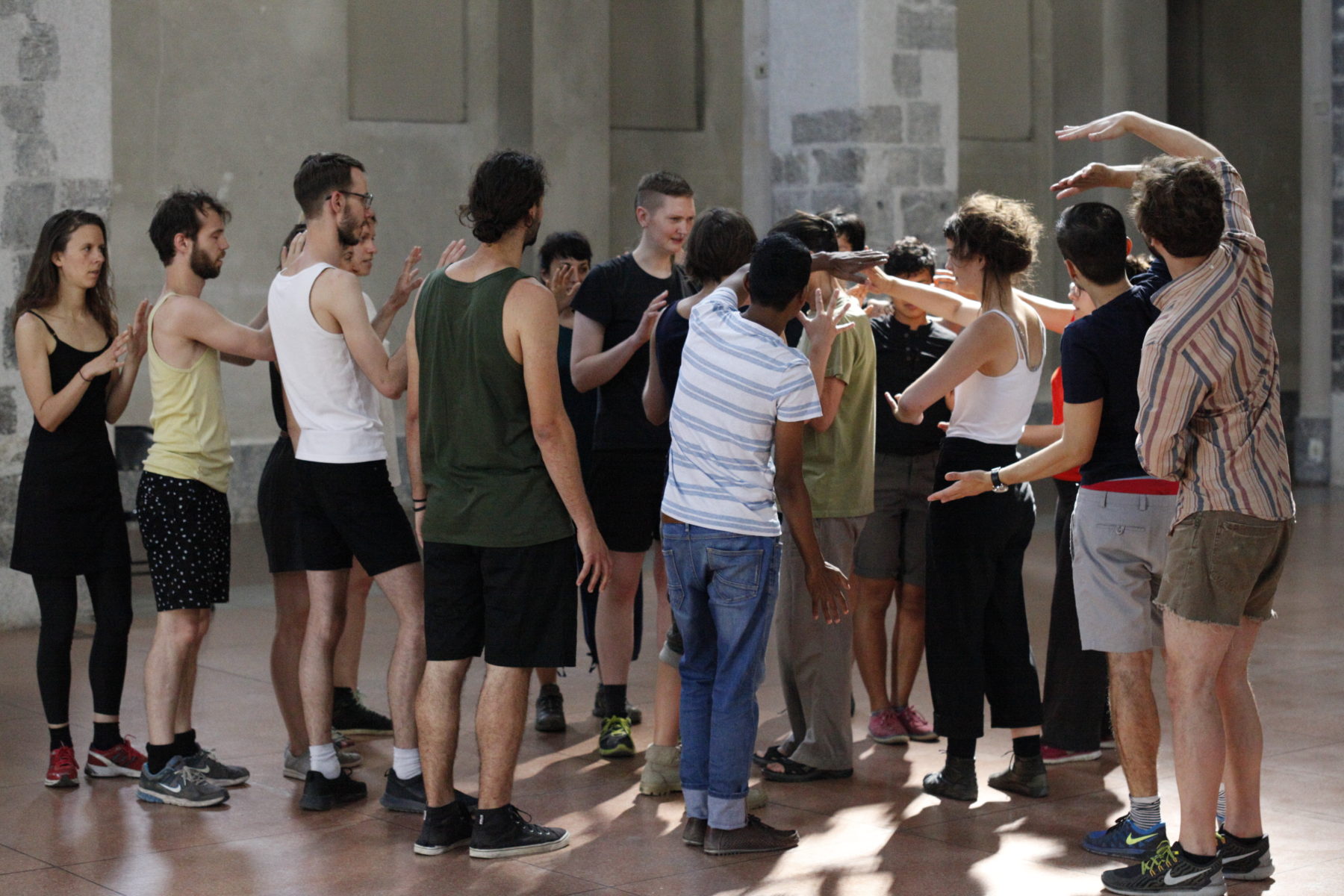 During the workshop of Yvonne Rainer, 2015. Photo L. Bianco

"Using body, voice, objects, we shall attempt to extrapolate and combine performative fragments from theoretical and literary texts, videos, autobiography, environmental observations, news reports, and from interactions between and among participants in the workshop itself."
(Yvonne Rainer)

"I would like the workshop to be a laboratory where young artists explore performative themes and techniques, combined with their own art practice, and how all of that relates to Yvonne's ideas. We will travel through the techniques of other artists - working with repetition, radical juxtaposition, everyday observation, autobiographical appropriation, emotional states, narrative structures and anti-structures - and find our way back to our own work."
(Andrea Kleine)

During the first week of the workshop the participants will work on this proposed theme in close collaboration with Yvonne Rainer together with the director and curator of the laboratory, Annie Ratti and Emanuela De Cecco. During the second and third weeks the participants will pursue their research and work along with the writer/choreographer Andrea Kleine, further exploring the issues raised in the first week with Rainer. The result will be a day of public performances and exhibitions
articulating the research and experiences produced during the laboratory.

Yvonne Rainer (b. 1934, San Francisco, California) lives and works in New York. Dancer, choreographer, performer, filmmaker, and theorist, Yvonne Rainer is a key figure in the history of New York avant-garde movements thanks to the importance of her writings and artistic practice. In 1962 she founded together with a group of dancers and performers the Judson Dance Theater, soon to become one of the epicenters of the New York experimental dance scene. In the seventies, she began making films, and during her career she has produced twelve films, including the first silent short films made for multi-media performances. After making experimental feature films such as Lives of Performers (1972), Privilege (1990), MURDER and murder (1996) Rainer returns to dance in 2000 via a commission from the Baryshnikov Dance Foundation for the White Oak Dance Project (After Many a Summer Dies the Swan).

Her work has been rewarded with museum exhibitions, fellowships, and grants, among these: two Guggenheim Fellowships, two Rockefeller grants, a Wexner Prize, a MacArthur Fellowship, and retrospective exhibitions at Kunsthaus Bregenz and Museum Ludwig, Cologne (2012), the Getty Research Institute, Los Angeles and Raven Row, London (2014). Her memoir Feelings Are Facts: a Life was published by MIT Press in 2006 and a selection of her poetry was published in 2011 by Paul Chan's Badlands Unlimited. Her archive, completed with journals, dance scores, and drawings, is kept at the Getty Research Institute in LA.

Andrea Kleine is a writer and performance artist whose work has spanned dance, theater, film, literature, and interdisciplinary projects. She is the author of the novels CALF (2015) and EDEN (2018). She has received numerous commissions, grants, and awards including five MacDowell Colony fellowships and the NYFA fellowship award. Her recent performance work, SCREENING ROOM, premiered in December 2014 at The Chocolate Factory Theater in New York City.

The Concept of Dust, or How Do You Look When There's Nothing Left to Move?

Pretending To Be Who I Am. Andrea Kleine infiltrates Yvonne Rainer (or vice versa)

Moving and Being Moved
Yvonne Rainer

Fly in the soup